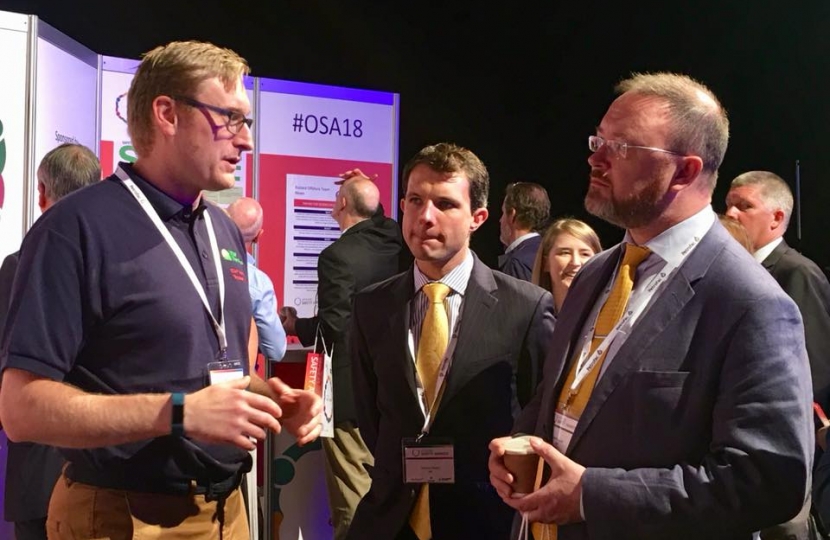 Climate change has been at the forefront of the political agenda in recent months.

The UK Government has become the first of the G7 nations to commit in law to reducing carbon emissions to net zero by 2050.

That is a bold and ambitious target and one that will require considerable effort to reach.

It will require major changes in the coming decades- right down to the types of vehicles driven on our roads and the amount of trees planted.

Investment will also be required in new technologies like carbon capture, usage and storage (CCUS).

The energy industry has a huge part to play in the transition to a low-carbon economy.

While the scheme at St Fergus is still in the design stages, there is enormous potential for the UK to become a world-leader in CCUS.

I have been lobbying for this at Westminster since I was elected in 2017.

This project, and others like it around the UK, will form a critical part of the UK’s commitment to meeting its 2050 target.

There have been calls for the target to be brought forward – particularly from the Extinction Rebellion activists who have been campaigning around the country.

However, the Committee on Climate Change (CCC) has taken the most robust scientific evidence and determined that 2050 is the best-case scenario for the UK. Based on this same evidence they also determined that Scotland should be able to achieve net-zero by 2045.

Others at Westminster – including many SNP and Liberal Democrat MPs – have gone further and suggested we call a halt to all North Sea oil and gas exploration.

But that is totally unrealistic.

For starters, it would put 120,000 jobs at risk in Scotland – many of them here in the north-east.

It beggars belief, frankly, that any Scottish politician would advocate closing down an industry that employs so many people.

Oil and gas provides more than 75% of the UK’s total primary energy supply.

It will still provide two-thirds of total primary energy by 2035 – so it must remain a key part of our industrial strategy.

Given the speed at which the global population is growing, energy demand will increase faster than

our ability to develop and install renewable sources of energy.

That is exactly why a sense of urgency is required.

But we must transition away from fossil fuels and towards a low-carbon economy from a position of strength.

The energy industry has the resources and expertise to drive this transition.

We must continue to see natural gas, including from shale deposits, as part of the energy mix.

Natural gas is a vital transition fuel that is helping the world move away from coal.

Carbon emissions have already been reduced by 38% since 1990 thanks to the shift towards a cleaner electricity mix.

There is a lot of work still to be done, but initiatives like the Acorn Project will go a long way towards helping us achieve our goals and protect our environment for future generations.