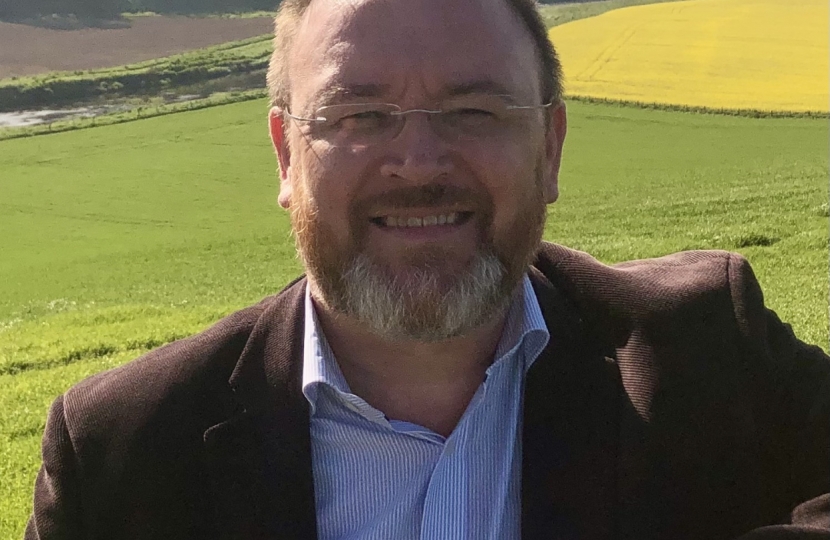 At the beginning of the month I was delighted to host a Roundtable with local farmers and regional NFU Scotland representatives to hear from International Trade Minister, Greg Hands MP, who addressed their concerns and queries over trade deals with Australia and others

We heard Minister Hands outline how the UK Government will secure our high food and farming standards in this and any future trade deal.

The UK Government will not compromise on our high food safety, animal welfare and environment standards in this or any other trade agreement.

There were concerns about the potential for cheaper agricultural products to flood the UK market, but Minister Hands explained that this is not forecast to happen and indeed Australia does not use its existing tariff free quota for lamb.

The deal with Australia is a springboard to our joining the rapidly growing Comprehensive and Progressive Agreement on Trans-Pacific Partnership (CPTPP).

CPTPP is a free trade area of 11 trans-Pacific nations with a combined GDP of £9 trillion.

And it is among these nations that some of the highest rates of economic growth is expected in the coming years – with a growing middle class market and increasing demand for precisely the kind of high quality food and drink for which Scotland is world-famous.

Despite the scaremongering from the SNP and others, this deal represents a real opportunity for our food and drink producers.

It is also interesting to note that the SNP have never supported ANY free trade agreement negotiated by the UK or even the EU or even the UK deal with the EU!

I would also like to confirm that contrary to recent press reports, I continue to engage with stakeholders from the fishing industry.

I have been in regular contact with the industry since well before the end of the transition period and have been working to ensure that the industry’s voice is heard in Government. Just one example of the UK Government taking action to help fishermen is the agreement on an interim process for quota swaps which will be of benefit to many in the catching sector.

Despite attempts to discredit the UK Government and specifically the Scotland Office’s commitment to delivering for Scotland, figures show that the Scotland Office met with industry leaders in fishing, agriculture and energy over 150 times in 2020.

I make no apologies for working with the industries that are so important to Scotland’s workforce and Banff and Buchan in particular. I am also pleased to say that we are continuing and exceeding that high level of engagement this year too.

As I write this, the headlines cover the catastrophic tragedy in western Germany where dozens have sadly died in extreme flooding after heavy rains. This follows on from heavy rain here at home just a few weeks ago which were almost as bad as the storms of late 2019 that collapsed several bridges including several in and around King Edward.

Residents will be no stranger to the work I have done to ensure their voice is being heard by the local council and the Scottish and UK governments and I am pleased that work is now progressing to rebuild more of the collapsed bridges. I continue to keep a close eye on the situation and am keeping up to date on what if any impact the latest heavy rains have had.