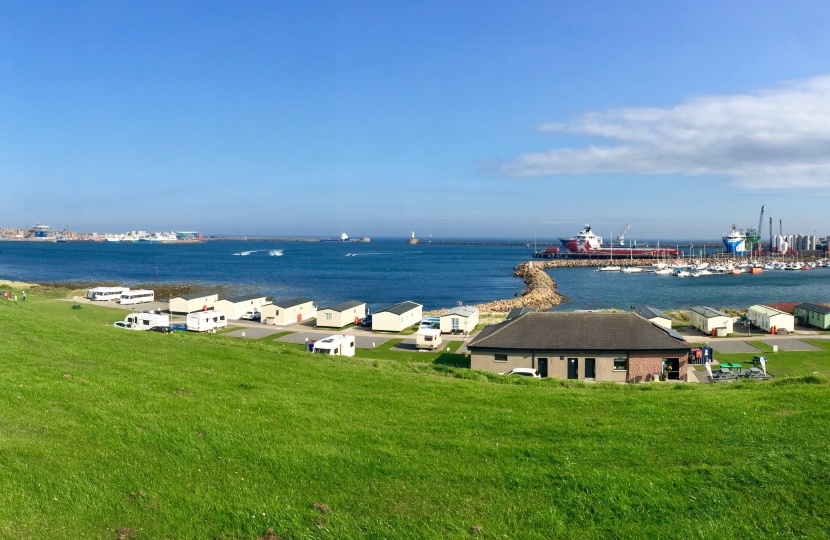 The increase in landing volumes last year, reported in the Scottish Sea Fisheries Statistics, ties in with what I have been hearing from fishermen in my constituency.

This is despite the fact UK boats currently only get to land 40% of the fish in our own waters.

It signposts even more value ahead when we leave the EU and the Common Fisheries Policy - a ‘sea of opportunity’.

Leaving the EU means we can secure a fairer deal for our fishermen across the UK.

I was grateful to The Rt. Hon. Liz Truss MP, the Chief Secretary to the Treasury, for visiting Peterhead last week.

Seafood processing was at the top of our agenda and we discussed the particular challenges faced by Banff and Buchan’s coastal communities regarding; sourcing labour, infrastructure/connectivity and local taxation policies.

For example, the SNP Government’s continued refusal to cut business rates in half – just to match competitors in England – causes cost of doing business in Aberdeenshire to rise.

The SNP continue to foster grievance over Brexit whilst there are immediate and keenly felt challenges caused by their punitive approach to non-domestic rates bills.

Business is being lost to English firms because they have a competitive edge over Scottish companies.

That threat is real and the SNP Government must immediately cut these rates or that sobering statistic will get worse.

There was a statement from Fergus Ewing on the future of agricultural payments to the Scottish Parliament last week, which did little to clear things up for an industry left in the dark by the SNP.

While the UK Government laid out its guarantees to maintain EU funding levels until 2020 some months ago, farmers and crofters have been looking for some indication as to what the SNP will do with the devolved system of payments after that point.

But that expectation was again dashed as Mr Ewing failed to give any detail of how Scottish payments will work.

The weak programme for government delivered by Nicola Sturgeon neglected to mention the agriculture legislation which needs to come in imminently.

My Scottish Conservative MP colleagues and I are continuing to press for certainty in sectors such as fisheries and agriculture. This is why a succession of UK Government ministers have been invited to our communities, to hear first-hand about the challenges faced by our businesses and communities as well as the successes.

It doubly important NE businesses get this attention from UK Government ministers because Nicola Sturgeon appears not to be giving them a second thought.