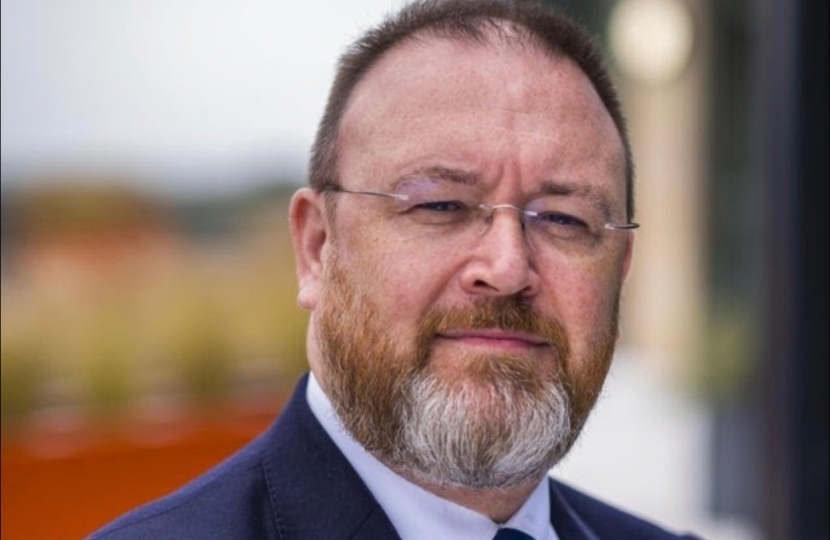 Earlier this month I visited award winning sheep breeder and exporter Irene Fowlie and her Essie Suffolks flock on Adziel Farm near Strichen.

Mrs Fowlie made headlines earlier in the year with the report of the first new export of live breeding animals to another country – Georgia – since leaving the European Union.

I was only too glad to help with the process of obtaining the required Environmental Health Certification and other paperwork to facilitate this high value export.

I also had the honour of meeting with Georgia’s ambassador to the UK, Her Excellency Sofio Katsarava MBE last week and discussing this and possible future trade opportunities between our countries.

Among other things, we discussed the painfully slow progress of SNP’s R100 broadband programme.

Commercial installation of full fibre to Peterhead, Fraserburgh, Turriff, Banff, Macduff and Mintlaw areas is due by 2026 but, as I discussed with Mr Selley, all available technologies to deliver superfast broadband to EVERY rural household need to be examined.

This is particularly the case in Banff and Buchan, where some 16% of premises still have less than 10MB/s, with many far lower than that.

I was glad to see Banff based Diversity Energy Solutions shortlisted as a finalist in three categories in this year’s Trades Awards North Scotland.

The company has achieved shortlist success in the Sustainability in Construction, Rising Star and Best Small Trades Business categories.

The short list announcement comes as the firm celebrates five years in business after being launched in 2016.

Owned by local businesswoman Tracie Lovie and director Stephen Cornwallis, the company has achieved continuous growth and now employs 20 staff across its offices in Banff, Stirling and Kilwinning.

This is just another fantastic example of the talent and business innovation here in the northeast and I offer my warmest congratulations to Tracie and her team.

I also want to recognise local residents who received their British Empire Medals earlier this month.

Duncan Leece is known to many in the Boyndie and Whitehills area for his work on the Community Council and setting up the Boyndie Trust as well as his outstanding service to the community during the pandemic.

Des Cheyne similarly needs no introduction as the man behind the famous Spotty Bag Shop and who provided goods and critical supplies to charitable organisations and vulnerable people during the pandemic.

And Jenny Lee of Alvah was awarded for her work running a social enterprise café helping people coping with mental health issues. Substance misuse and loneliness.

I was disappointed to see several bus routes suspended or removed during the pandemic.

While I continue to call for further bus route reinstatements, I encourage Banffshire residents to make use of these services to keep them viable.