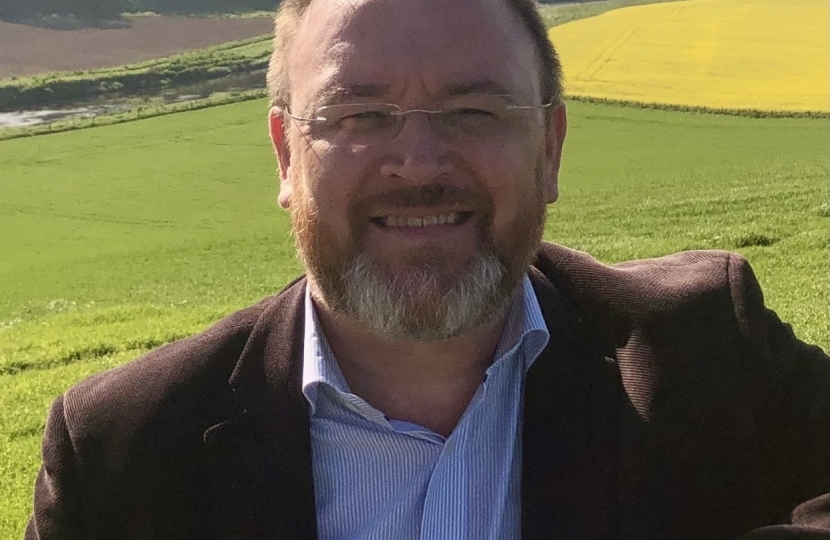 It has been great to get out and about in the constituency to meet people and visit businesses, discussing their issues and help in any way I can.

One issue which came up in almost every town and village I visited during my summer tour was access to recycling centres.

During the pandemic, an appointment booking system and limit on visits was introduced at sites across the shire and many are wondering when sites will get back to normal.

I have expressed my concern to the Council that, if 12% of recyclable waste is still being produced by households, it may be going into general waste or possibly even contributing to the increase in fly-tipping we have seen around Banff and Buchan.

I have asked them to further examine this process and I am glad they are reviewing the operations of councils around Scotland, who have at least partially, if not totally, removed the appointment booking system.

I have also been in regular contact with the council on behalf of the King Edward community that has been split in half since heavy rains two years ago caused several road bridges to collapse.

Following reports that ‘temporary’ road closures had to be recategorized as ‘permanent’, I have been assured by local councillors that this is merely a legal technicality due to the time the roads have been closed, and that all affected roads will reopen once bridge repairs are completed.

Another issue I discuss regularly with constituents is the provision and availability of health care.

Minor Injury Units have been closed or had their hours reduced, ambulance waiting times have increased and GP practices continue to struggle to recruit the doctors we need.

Therefore, I found it staggering that SNP MPs voted against measures by the UK Government that will provide an extra £1.1 billion a year for our health services in Scotland.

The Scottish Government’s Programme for Government, announced this week by Nicola Sturgeon, actually statedwithin it that their spending plans were dependent on such funding from the UK Treasury.

That may seem like a long way off for some but is certainly not a ‘generation’ as was promised by the nationalists in 2014.

Sturgeon says that a referendum will not be held ‘until the pandemic is over.’

However, in the meantime, she also made a commitment toimmediately divert civil servants and public resources to develop a ‘prospectus for independence.’

The UK Government’s priority is to continue tackling the pandemic and to support the recovery of our economy and public services.

That should be the SNP’s focus as well.

Clearly their priority is clearly on breaking up – not building up – our United Kingdom.