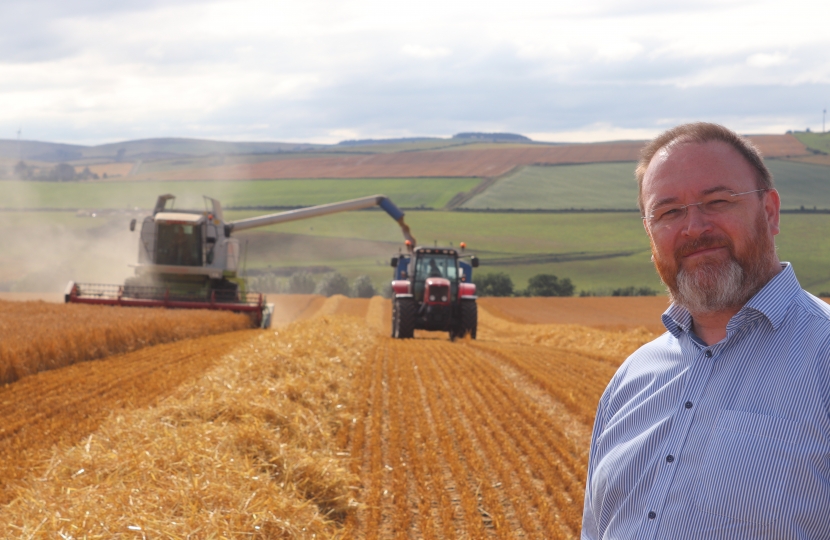 I was pleased to see the UK Government delivering for industry, jobs and families here in Banff and Buchan – securing an end to the ban on British lamb imports to the United States.

The USA lamb import market is the second largest in the world and now will be open to our fabulous lamb exports – a great opportunity for producers across the UK including here in the northeast of Scotland.

Since the news of the SNP entering into coalition with the Greens earlier in the summer, there have been many doubts raised about the Scottish Government’s consistency of support for the oil and gas sector as embarks on an energy transition to our net zero objectives.

When challenged on plans for how the industry and jobs will be supported – particularly here in the North East – Nicola Sturgeon tells us that there will be a £500 million ‘Just Transition Fund.’

But what does that actually mean?

As far as I can tell, there is no plan of action associated with this funding announcement.

This is in stark contrast with the UK Government’s Plans:

Specific plans and activity have been negotiated and agreed between UK Government and industry in the North Sea Transition Deal – estimated to create investment of between £16-18 billion.

Also, projects across the UK will benefit from the UK’s first ‘Green Gilt’, which attracted £10 billion of investment on the first day of its launch.

I was horrified by the stories earlier this month of people waiting upwards of 16 hours for ambulances in Scotland.

Only now, when the situation has got so bad, have the Scottish Government finally called in the British Armed Forces to help.

I was quite frankly appalled when Scottish Cabinet Secretary for Health, Humza Yousaf, suggested that people, “think twice”, about calling an ambulance.

It’s not as if people go out of their way to need an ambulance.

Since my election in 2017, I have called for improvements to ambulance cover across Banff and Buchan – particularly in rural areas.

Latest reports show that the health crisis is not just in ambulances either.

A&E waiting times have skyrocketed to their highest levels since the SNP took power.

Nearly 15 years of SNP governance has now led to record high drugs deaths, after the SNP cut funding for treatment.

It is heart-breaking to hear that there have been 59 drug deaths across the region so far this year – 13 more than this time last year.

772 drug deaths have been reported in Scotland in the first half of 2021 which, if that rate continues, will see this year tragically break last year’s record.

That’s why it is so shocking to hear that the Scottish Government are essentially decriminalising all drug use by allowing – without legislation, a vote in parliament or even consultation of our elected MSPs – only police warnings, in cases of possession of class A drugs including cocaine, ecstasy, heroin and crystal meth.

This is a totally irresponsible move, by an unelected Lord Advocate in total disregard of The Scottish Parliament, MSPs and the people of Scotland who elected them.