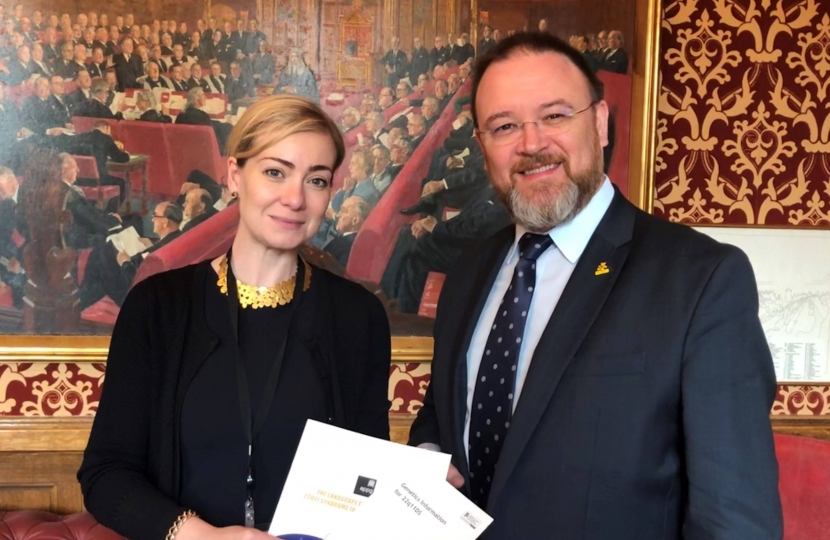 Following on from my request last week of the Prime Minister to support calls for 22q11 Syndrome to be added to the newborn blood spot test, I met yesterday with Baroness Blackwood, Parliamentary Under-Secretary of State for Health, to discuss the condition.
Baroness Blackwood has a keen interest in genetic conditions such as 22q, having been diagnosed herself with the genetic condition, Ehlers-Danlos Syndrome (various forms of which affect around 1 in 5,000 people).
She agreed that, although not curable, treatment and management of such conditions is far more effective if the correct diagnosis is made as early as possible.
For the first time ever, 22q is currently being reviewed by the National Screening Committee for inclusion in the newborn blood spot test. A decision on this is expected by June.
I will be sharing a more detailed outcome of yesterday’s meeting with MaxAppeal and the All Party Parliamentary Group for 22q in the coming days.

UPDATE (30 Mar 2019):
On 29 Mar 2019, we were informed that 22q11DS has indeed passed the first phase of approval for screening by the NSC. Further, more detailed assessment is ongoing.