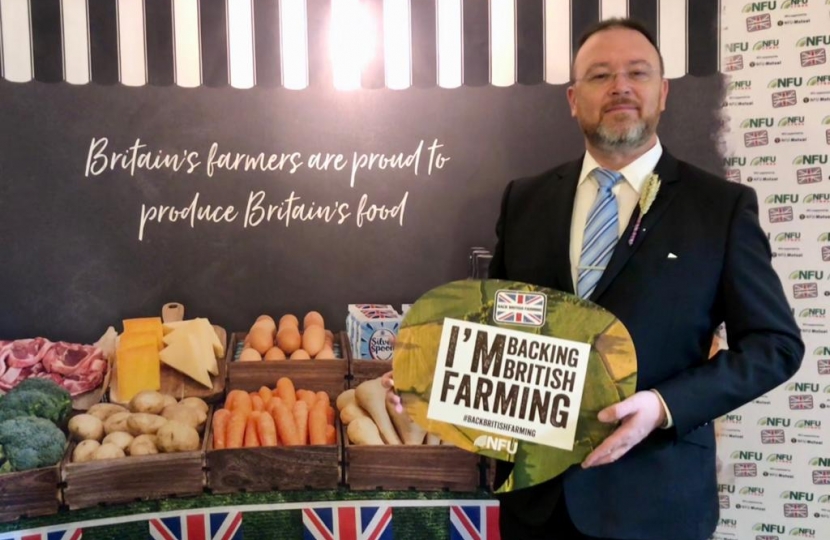 ?: I was delighted to attend the NFU reception for Back British Farming Day.

The NFU and NFUS are in Westminster today for the publication of an Agriculture Bill, which will go some way to determining the future of the industry after we leave the EU.

NFU Scotland were also there to highlight the key role that Scotland’s farmers, crofters and growers play in making Scotland a land of food and drink, and the importance of maintaining the integrity of Scottish and other regional brands alongside their colleagues from the other UK farming unions.

This event follows closely after the announcement that NFU Scotland is willing to support and work with the Prime Minister’s Chequers Plan. NFU Scotland, as do we all, want to see the right outcome for British and Scottish agriculture and food and drink sectors.

Scotland is a huge exporter of food and drink, with approximately £6 billion being added to the economy from these industries in the last year alone. Exports are at an all-time high with the EU buying more than 40% of our produce. A deal must be reached to allow our nation’s producers to prosper.

Safeguarding our farms and agricultural industries

A major concern from our farming communities is the absence of a post Brexit plan for agriculture from the Scottish Government.

We have to ensure that Banff and Buchan is not left behind.