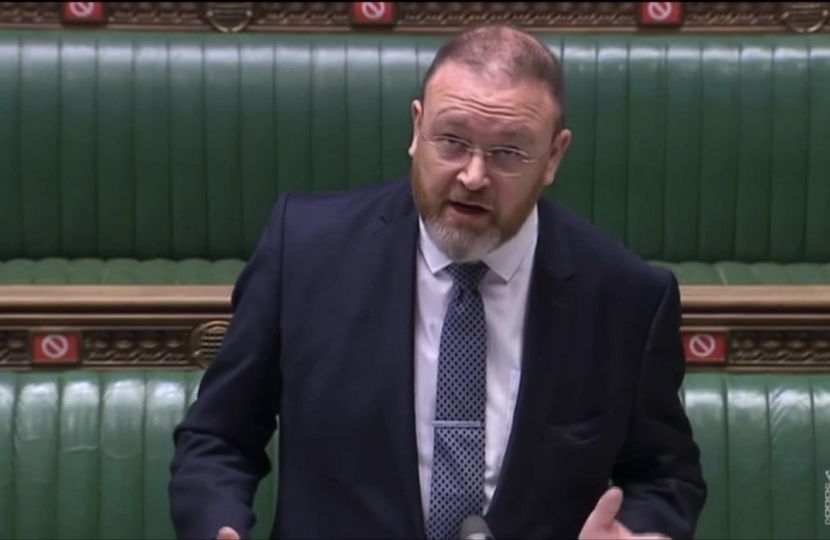 Banff and Buchan MP, David Duguid has condemned the SNP and suggested they risk “whatever credibility they have left” after SNP MPs voted against measures in Westminster that would have seen over £1bn extra for the Scottish NHS.

On Tuesday (7 September), the Prime Minister announced plans to introduce a new, UK-wide, £36 billion funding package for health and social care from next year.

The announcement also meant that the devolved administrations would receive extra funding for their respective health services, worth an expected £1.1bn a year for the Scottish NHS.

The package will be funded through a new, UK-wide 1.25 per cent Health and Social Care Levy from April 2022 based on National Insurance Contributions.

The introduction of the proposal to Parliament through a ‘Ways and Means Resolution’ saw the UK Government winning the vote by a majority of 71, with all SNP MPs voting against extra money for the NHS in Scotland.

This comes after Nicola Sturgeon’s Programme for Government earlier this week was labelled “all wrong” by Scottish Conservatives leader, Douglas Ross.

In it, she had instead instructed civil servants to begin planning for another independence referendum.

Deputy First Minister, John Swinney admitted on Wednesday on Good Morning Scotland that “not absolutely everybody in the Scottish Government has been a hundred percent focused on Covid recovery”, in stark contrast to previous comments from the First Minister.

“At a time when local healthcare in Scotland is on its knees, after successive failures by SNP Governments in power for almost 15 years, it is absolutely staggering that SNP MPs in Westminster should vote against extra money for the NHS in Scotland,

“The Scottish Government’s Programme for Government this week actually stated that their own health and social care spending plans were dependent on funding from HM Treasury.

“But, instead of working together to help, the SNP are more interested in wasting civil servants’ time and taxpayers’ money on an independence plan that was emphatically rejected by voters in 2014.

“I should hope local SNP representatives are urgently asking questions of their MP colleagues or I fear they will lose the little credibility they have left with my constituents on healthcare in Scotland.”