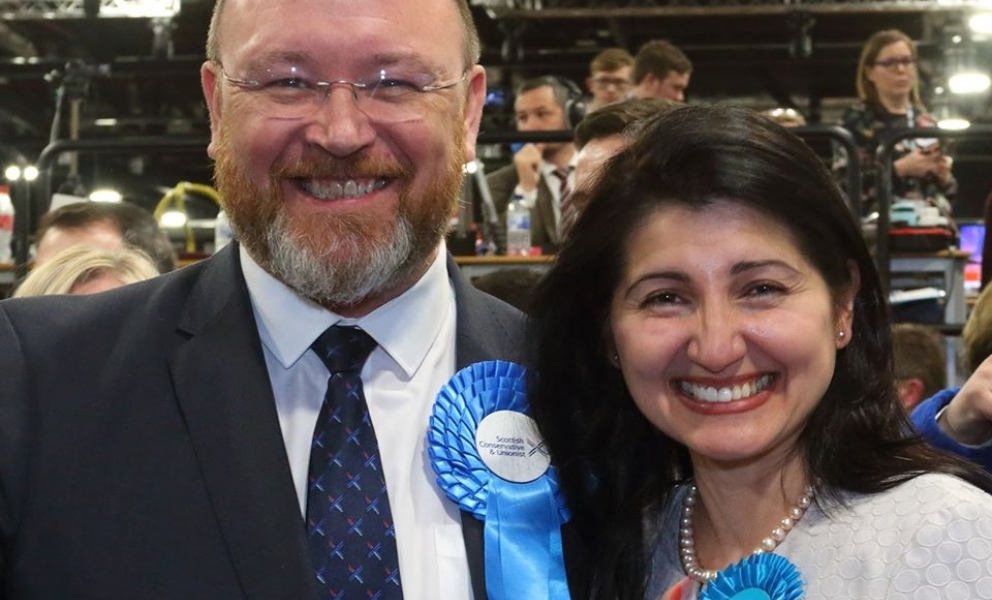 David Duguid sworn in to Parliament after successful reelection

David Duguid was sworn in to Parliament after his successful re-election, resoundingly beating the nationalists to secure over 50% of the vote, and increasing both his votes and vote share. In a clear result that showed that Banff and Buchan was overwhelmingly opposed to independence, further divisive and destructive independence referenda and in favour of getting Brexit done, ending the delay, dither and distraction and unleashing Britain's potential, David was proud to be asked to serve the people of Banff and Buchan for another term in Westminster, continuing to speak up for our corner, its interests and firmly putting Banff and Buchan on the map.

David said, "It is an honour and privilege to once again be elected as Member of Parliament for Banff and Buchan.
After swearing in last night, I’d like to remind everyone that, although I will not go back on my commitments to deliver a good Brexit deal and to stand firm against SNP calls for IndyRef2, I nonetheless am committed to do everything I can to support all and any constituents who come to me for help as their MP - no matter which party they supported.
david.duguid.mp@parliament.uk"

You can watch David's swearing in here.