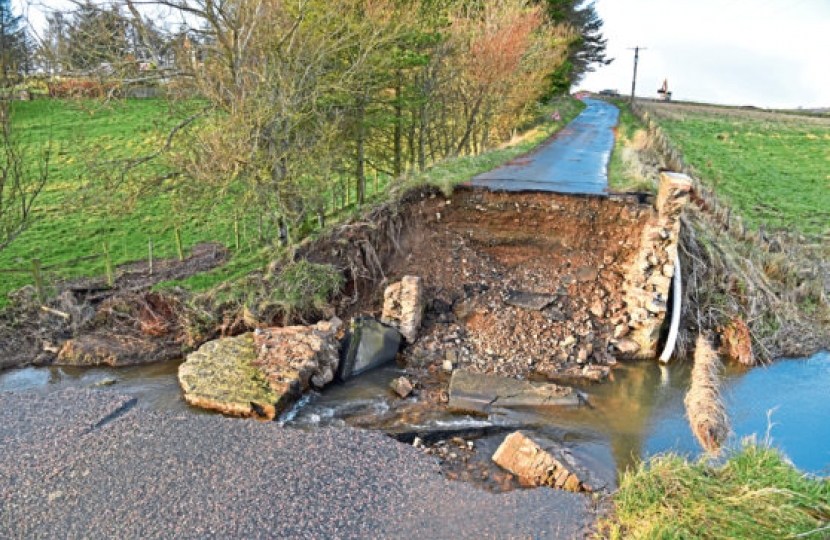 Banff and Buchan MP David Duguid has received assurances from Aberdeenshire Council that they do not consider the installation of “No Through Road” signs in King Edward to imply that the situation is permanent.

The signs were erected earlier this year on roads in the area affected by the loss of seven bridges in September 2019 following extreme weather in the area. One of the bridges – on the B9105 near Craigston – was reinstated as a matter of urgency at the time.

In March, the Council announced that £40 million would be ring-fenced for road and bridge repair across Aberdeenshire. It was also announced at that time that the Fortrie bridge would be reinstated later in 2021 leaving five bridges still destroyed and their respective roads closed.

Mr Duguid immediately wrote to the Chief Executive of the council, seeking an update on how that money would be used to rebuild all of the collapsed bridges and help reconnect the residents of King Edward.

In response, the Bridges and Structures Manager confirmed that the Council is finalising the revision of a policy for prioritising the repair of bridges and that, if approved, the five remaining collapsed bridges will be repaired according to their prioritisation score.

“I am pleased to have received assurances from the Council that the “No Through Road” signs installed around King Edward are not considered permanent measures.

“The residents of King Edward have been adversely affected by the unique circumstances of having six bridges out of action at the same time.

“I am hopeful that if the new policy for prioritising bridge repairs is approved, that the King Edward bridges will find themselves near the top of the list.”