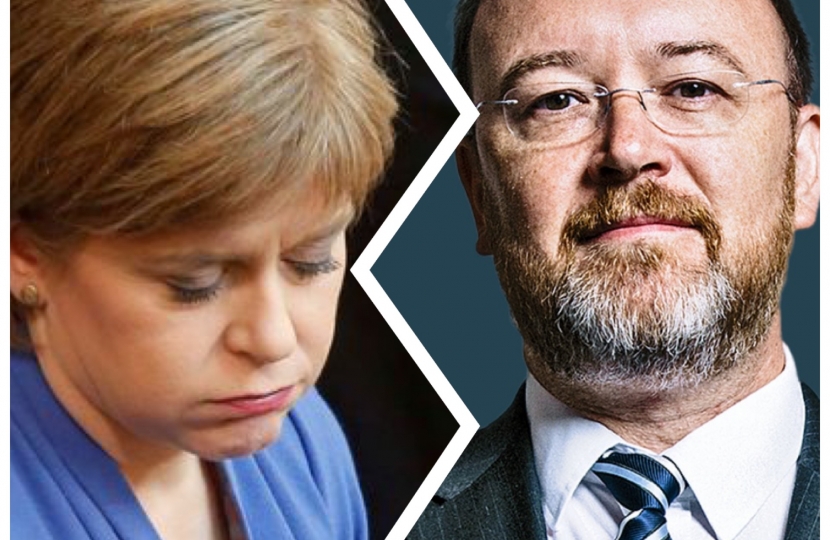 Banff and Buchan MP David Duguid has slammed the SNP after their announcement that they plan to open three rapid diagnostic centres for cancer – none of which are in the north east.

The Scottish First Minister gave a statement to MSPs on Wednesday (25 May) afternoon, outlining her immediate priorities.

Included in her speech was a plan to open three rapid diagnostic centres for cancer in Dumfries and Galloway, Ayrshire and Arran, and Fife. If successful, the SNP hope to roll out further centres in ever health board over the next five years.

Funding for NHS Grampian had been £239 million short of its official target over the last decade. Data obtained from SPICe showed in 2019-20, cash allocated to NHS Grampian was £7.7million short of the target set by the Resource Allocation Committee target. In previous years, the shortfall had been larger. For example, in 2009-10, it was £34.5 million, over the last decade, the total shortfall came to £239 million.

“The SNP have repeatedly failed to give the North East a fair share over the last 14 years.

“Now, again we see the north east, engine room of the Scottish economy, being forgotten, ignored and treated as second class – with the decision to open three cancer diagnostic centres in the South West and in Fife.

“Once again, patients in the north east have been left behind and may have to wait five years – if the SNP actually deliver on time – for a centre closer to home.”