The fight to keep Gamrie connected 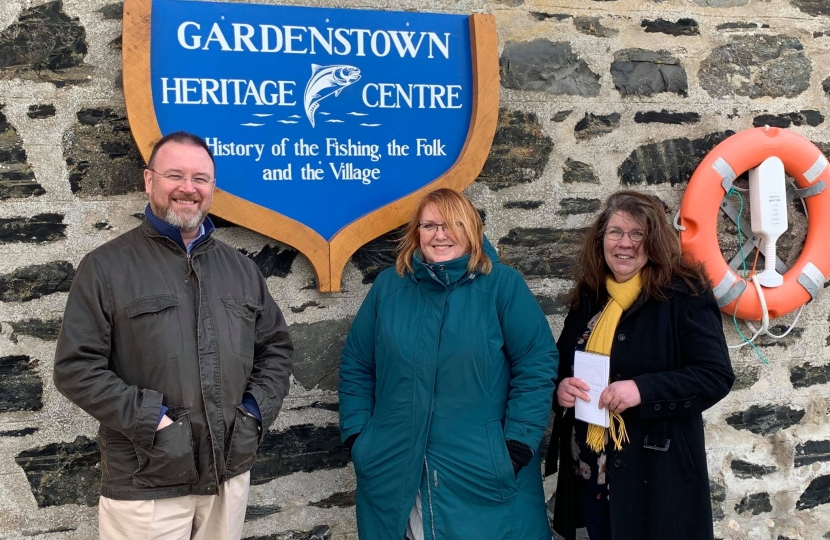 Banff and Buchan MP David Duguid has met residents in Gardenstown to discuss transport and digital connectivity in coastal communities.

The meeting was originally planned to discuss plans to cut the 273 Saturday bus service linking the village to Banff and Fraserburgh.

However, Aberdeenshire Council announced a temporary reprieve to the route just days before the meeting took place. The service will continue to run for another year.

Mr Duguid decided to open up the meeting to a more general theme of connectivity in rural areas – a topic he has raised repeatedly at Westminster through his work with the Scottish Affairs Committee and in questions to ministers.

Local residents that attended the meeting were critical of the ‘centralisation’ of local services, citing problems with buses, broadband and doctors’ surgeries.

“I was more than happy to meet with locals in Gardenstown to hear their views on a range of topics relating to connectivity.

“Firstly, I am pleased that there has been a reprieve, albeit on a temporary basis, for the 273 bus service. The local community deserves all the credit for battling to protect this crucial route.

“However, the theme of the meeting was around connectivity more generally, and how people in north-east villages like Gardenstown feel they are being left behind.

“Local residents don’t consider that they live in a remote area, but they feel like the area is becoming remote due to the ongoing centralisation of services by the SNP.

“Those who attended the meeting also raised concerns about the pressure on doctors’ surgeries in the local area and the shortage of GPs.

“Broadband connectivity is always a hot topic, and I am working hard at Westminster to improve access in areas like Banff and Buchan.

“But it is the SNP government in Edinburgh that has responsibility for the roll-out of superfast broadband, and 18% of my constituents still cannot access speeds that have been promised.

“In fact, Nicola Sturgeon’s government still hasn’t awarded any contracts for the much-vaunted R100 scheme to ensure everybody has access to a superfast connection. The SNP must be held to account for the promises that have been made.”