Surge in fly-tipping in Aberdeenshire since start of lockdown 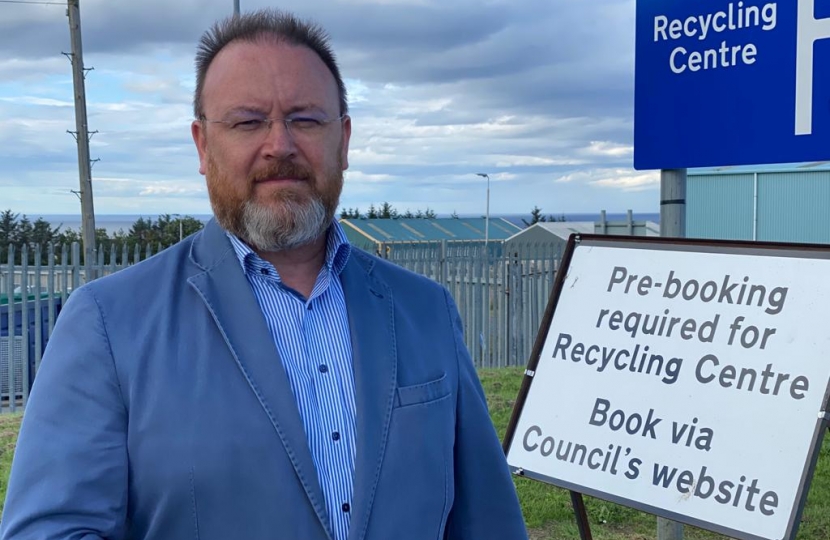 Fly-tipping has surged in Aberdeenshire since the beginning of the COVID-19 lockdown, new figures have shown.

There have been 605 reports of waste dumped illegally since March 23, when the stay-at-home measures were first introduced.

Recycling centres in Aberdeenshire were closed to the public during the national lockdown but were re-opened on an appointment-only basis on June 1.

However, reports of illegal dumping continued after that point, with 154 recorded in June and 158 in July.

The figures were released following a Freedom of Information request by Banff and Buchan MP David Duguid. A total of 276 of the incidents this year – more than a third – relate to towns and villages in his constituency.

Aberdeenshire Council also revealed that no-one has been prosecuted for fly-tipping in 2020 to date.

These figures confirm that we are experiencing a surge in fly-tipping this year in Aberdeenshire.

I am very disappointed to see that my own constituency accounts for more than a third of all incidents.

There is no excuse for dumping waste like this. Those responsible show no respect for our countryside and no remorse for the misery they cause.

Their irresponsible and illegal behaviour is an unfair burden on the taxpayer, as it is the council that is usually left to clear up their mess. In other cases, farmers and landowners are left with hefty bills.

The re-opening of the council skips on June 1 appears to have made little difference, with hundreds of incidents since then.

It is also very concerning to hear that no-one has been prosecuted.

I know COVID-19 has led to huge backlogs in the courts, but people should not be allowed to get away with this.

David calls on nationalists to back “Right to Recovery” Bill

MP calls on nationalists to back “Right to Recovery” Bill