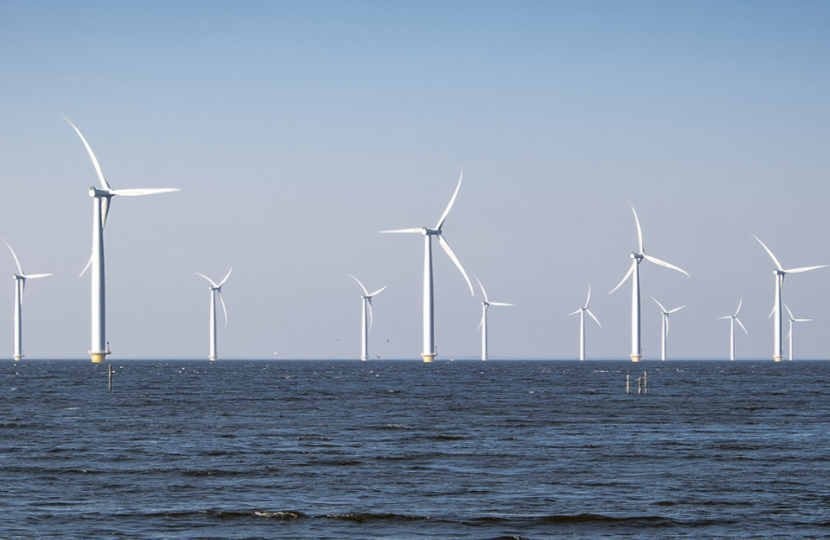 Local Conservatives, David Duguid MP and Liam Kerr MSP have welcomed the installation of the last of 100 offshore wind turbines for the Moray East Offshore Windfarm.

The commissioning work which will enable the project to achieve full output of 950MW is expected to be completed by the end of the year.

Earlier this year, Ocean Winds announced 20 additional jobs in Fraserburgh where the Operations and Maintenance phase for Moray East will be based.

“This is fantastic news for the North East, marking real progress in the Moray East development.

“As we approach COP26, it is important that we put our money where our mouths are and show true action in making the energy transition to net zero.

“Moray East, with its 100 turbines and 950MW capacity will help do just that and will represent a vital part of a diverse energy mix - as called for in the Prime Minister’s 10 Point Plan for a Green Industrial Revolution.

“I look forward to completion of the commissioning phase later this year, as well as the operations and maintenance jobs the project brings to Fraserburgh.”

“The news of the completion of the installation phase for Moray East is great for our transition to net zero.

“COP26 is just over a month away and this is a brilliant example of the UK’s leadership on offshore wind power.

“It has never been clearer that the northeast has the skills, resources and capability to lead the energy transition.”