More than 10,000 Banff and Buchan jobs protected by furlough scheme 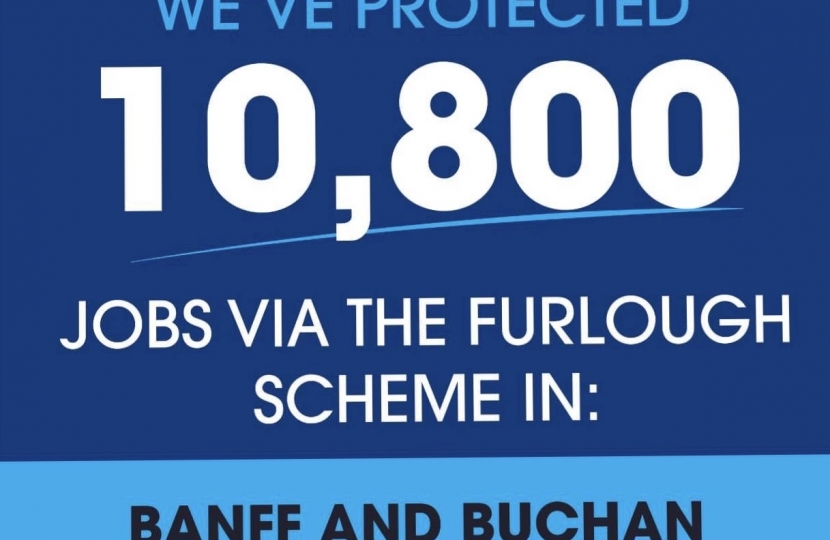 More than 10,000 jobs in Banff and Buchan have been protected by the UK Government’s Job Retention Scheme, official figures have shown.

HMRC has published statistics for every part of the country which shows the huge extent of the furlough scheme launched due to the COVID-19 pandemic.

Chancellor Rishi Sunak said at the outset of the lockdown that the Conservative government in Westminster would do ‘whatever it takes’ to save the economy and equip the NHS to tackle the crisis.

The Job Retention Scheme covered 80% of the wages of staff across Britain who have been unable to work due to the pandemic and lockdown. The total value of claims in Banff and Buchan stands at £7.3million.

Scottish Conservative MP for Banff and Buchan David Duguid said the support from Westminster has highlighted the value of Scotland being part of the UK.

He said: “These figures highlight the huge extent of the furlough scheme, which has protected the livelihoods of more than 10,000 people in Banff and Buchan and covered £7.3million in wages.

“Across Scotland, 774,200 workers were helped by the furlough scheme and self-employment support.

“The UK Government furlough scheme is one of the biggest of its kind anywhere in the world.

“This unprecedented level of financial support is in addition to £3.8billion in extra funding from Westminster for the Scottish Government.

“This crisis has clearly illustrated the importance of Scotland being part of the United Kingdom.

“The UK Government is doing whatever it takes to get Scotland through this crisis and ensure our economy can get back on track as we recover.”