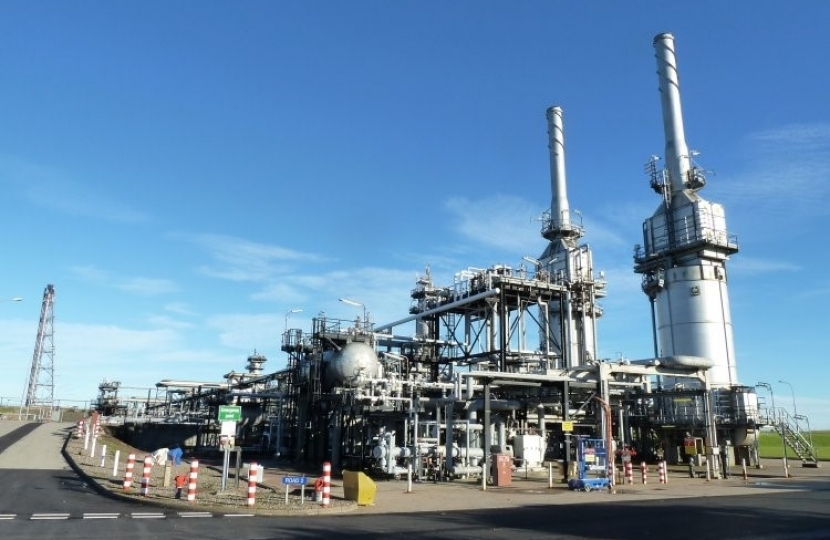 Banff and Buchan MP David Duguid has hailed “exciting plans” for a carbon capture and storage facility at St Fergus after new funding from the UK Government was announced for the project.

The Scottish Conservative MP met the team from project developer Pale Blue Dot to discuss their plans to extract hydrogen from natural gas, while capturing and storing the carbon removed in the process.

Earlier this month, the UK Government announced additional funding to help develop plans for carbon capture and storage across the country.

This comes as part of the second phase of the government’s industrial decarbonisation challenge, which will commit £170million towards the development of technologies such as carbon capture and hydrogen networks.

“I was delighted to again meet the Pale Blue Dot team behind the plans for the carbon capture and storage site at St Fergus.

“They have really exciting plans to extract hydrogen from natural gas and capture and store the carbon removed in the process.

“This technology could keep the St Fergus gas terminal active for decades to come, even as we pursue our target of reaching net zero emissions by 2050.

“Aside from the environmental benefit, the wider project will create many long-term jobs.

“I have been a supporter of this project for several years now, and I was pleased to see the UK Government committing further funding earlier this month.

“As we start to rebuild our economy from the Covid pandemic this year, we will need this type of investment in new technologies and the job creation it will bring.”