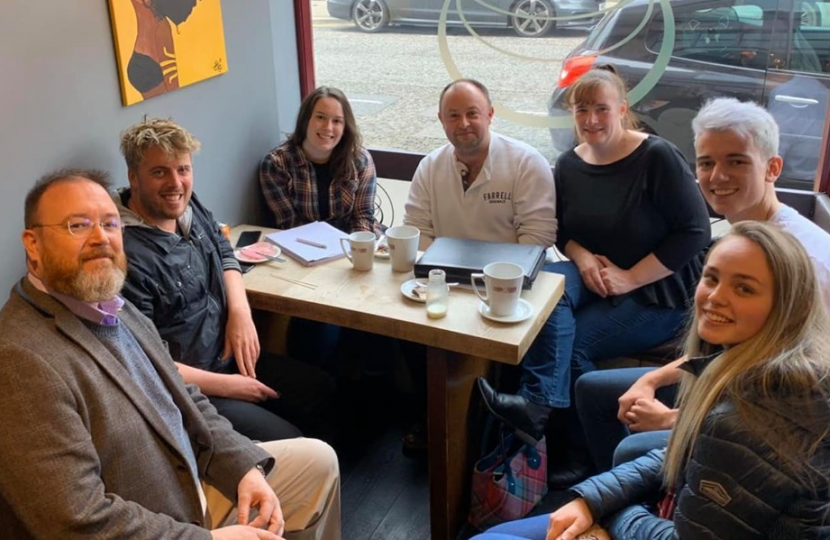 The MP for Banff and Buchan has met organisers of a new initiative aimed at replacing the cancelled Rock Challenge 2020 event.

David Duguid has offered to help "in any way he can" after sitting down with the volunteers who are trying to put together a local contest.

Young people at schools across the north-east and around the UK were left disappointed after it was announced that next year's contest would not go ahead.

Young people in Aberdeenshire had spent a great deal of time preparing for the shows in February 2020, and now a group of parents and staff at local schools say they are determined to carry on and "make it happen".

Around 200 people attended a recent meeting at Mintlaw Academy to discuss the plans for a one-off dance competition for primary and secondary schools across Aberdeenshire.

"I was hugely disappointed to hear the news that the 2020 Rock Challenge event would be cancelled.

"I attended the 2019 finals in Grimsby and watched the Peterhead Academy team narrowly miss out on being crowned UK winners.

"I would hate to think that all the hours of preparation and practice will be for nothing. So many young people have already invested a lot of time and effort into performing in this contest.

"I met the 'Make it Happen' team and have offered to help their cause in any way I can.

"I am glad that someone is working towards ensuring the effort does not go to waste. It should also prove highly entertaining for the rest of us"

We're introducing the UK's first ever #VeteransRailcard to help boost veterans' job prospects and strengthen family bonds through cheaper travel.
.
👍 A third off their fares.
📅 Available from Armistice Day this year.