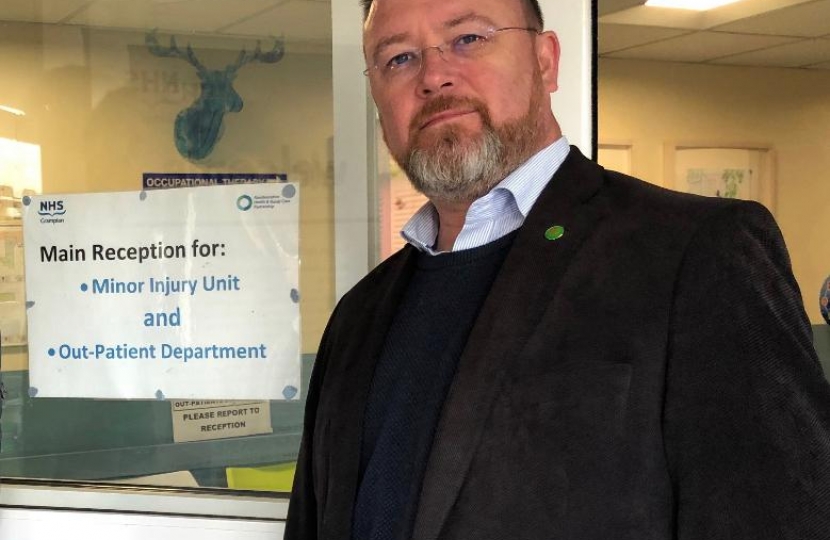 NHS Grampian and Aberdeenshire Health and Social Care Partnership confirmed a list of sites today (Friday) - with locations in several parts of Banff and Buchan including Peterhead, Fraserburgh and Macduff.

However, Turriff, with a population of about 5,700, does not have its own centre. People living in neighbouring towns and villages of Cuminestown, Fyvie, Aberchirder, Auchterless – another 2,000 in terms of population – will also have further to travel.

It had been reported previously that Turiff Hospital would be one of the vaccination centre locations. The hospital is currently closed to admissions due to an earlier Covid-19 outbreak.

"While I am pleased that the public can now see a list of vaccination centres across Aberdeenshire, I am concerned that Turriff has missed out again.

"Given the size of the population of the town and surrounding area, I find it hard to fathom why there is not a vaccination centre in Turriff.

"There are certainly venues that I can think of that would be suitable.

"I have raised this with NHS Grampian since the closure of Turriff Hospital was announced.

"This is a big community and it doesn't make sense, particularly for older people, to have to travel to Macduff, Inverurie or Huntly.

"I have raised concerns in the past that Turriff is in the middle of a large area that has very little in the way of ambulance cover, which has led to longer waiting times in emergencies.

"I hope that NHS Grampian and Aberdeenshire Health and Social Care Partnership will reconsider this list of vaccination centres and agree an extra venue for people in and around Turriff."