MP renews calls for King Edward bridges to be rebuilt 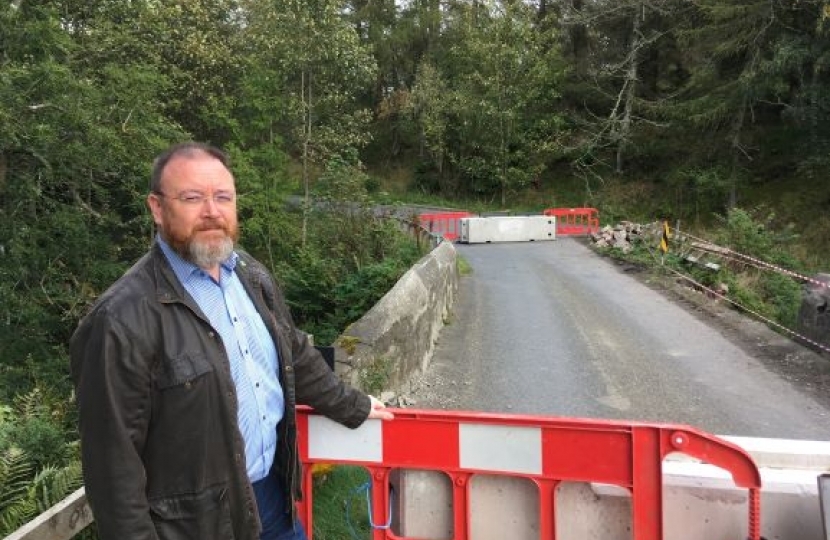 Banff and Buchan MP David Duguid has written to Aberdeenshire Council, calling for them to commit to rebuilding more, if not all of the destroyed bridges around King Edward after the council set its new budget on Wednesday.

Six bridges around the area of King Edward were washed away during severe weather in September 2019, which also saw a number of other major bridges closed or damaged.

In the 18 months since, the residents of King Edward have been severely affected by long detours and added difficulties with transportation, emergency vehicle and service access and environmental concerns.

In February 2021, Aberdeenshire Council committed to rebuilding one of the bridges but gave no timetable for reconstruction of the remaining bridges in the area.

Aberdeenshire Council’s budget for 2021-22 included in its Capital Programme a £180 million local infrastructure fund over 10 years, and £40 million set aside for bridges and roads.

“I welcome the news from Aberdeenshire Council’s budget for the coming year of the setting aside of £40 million for bridges and roads.

“The residents of King Edwards and the surrounding area have been affected by the fallout of a freak storm for over a year and a half now and it has been a long road to get even one of the six bridges committed to being rebuilt.

“I have been supporting the local residents in their campaign to get their bridges back since the beginning and following yesterday’s budget, I have written to Aberdeenshire Council again today.

“I am calling on the council to use the funding they announced on Wednesday to rebuild all the destroyed bridges around King Edward.”