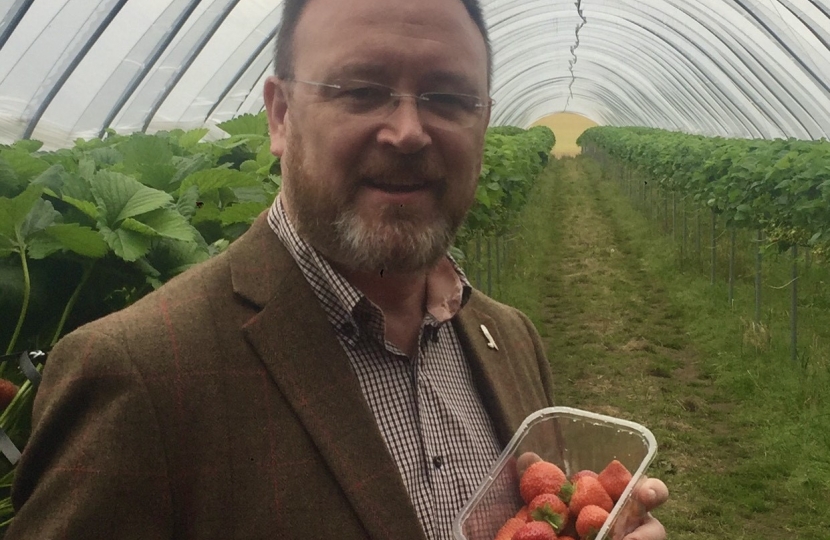 Banff and Buchan MP David Duguid has welcomed news that the number of seasonal workers permitted to travel to the UK to pick and package fruit for next year’s harvest will be increased.

The announcement from the UK Government follows pressure from Scottish Conservative MPs, who have lobbied ministers for an increase.

The decision has been welcomed by the National Farmers Union Scotland (NFUS).

“This is a very welcome announcement.

“Our food producers have been clear that the original pilot scheme of 10,000 workers, while welcome, did not go far enough.

“My Scottish Conservative colleagues have lobbied ministers at the highest levels of government to expand the scheme to allow more workers to come to the UK.

“This was an issue that was particularly important for the soft fruit sector in Scotland.

“The announcement today will bring some certainty for fruit and vegetable growers Scotland to that they can plan accordingly for the 2021 harvest.

“It also shows that this UK Government is listening to the industry and acting upon their concerns.”