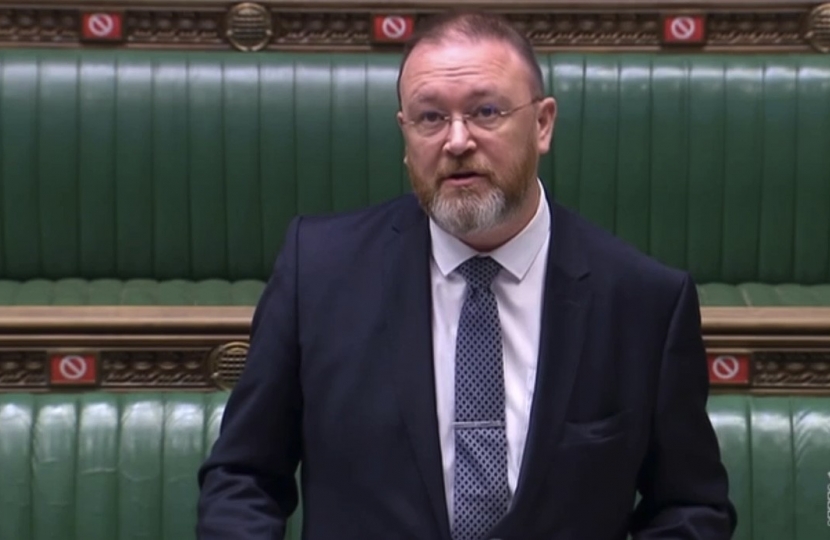 Banff and Buchan MP David Duguid has welcomed a “tough line” from the UK Government over human rights violations in China.

New measures have been introduced to stop UK companies trading with Chinese firms that are connected to forced labour.

The UK Government is reviewing export controls that apply to Xinjiang province to prevent the sale of goods which might contribute to human rights abuses.

British companies that don’t publish annual modern slavery statements will be fined, guidance will be provided to UK businesses setting out links to Xinjian and UK public bodies will be supported to exclude supplies linked to human rights violations. More than a million Uighur Muslims are believed to have been imprisoned.

“I get a lot of correspondence from constituents on issues relating to China and the treatment of Uighur Muslims that has featured on the news in recent months.

“I am pleased to see the UK Government taking a tough line by standing up for the rights of the Uighurs in China and showing clear international leadership.

“UK Ministers have repeatedly raised concerns with the Chinese government about these issues, and are now taking steps to make sure no British organisations are contributing to or benefiting in any way from these human rights violations in Xinjiang.

“The new measures announced will send a clear message that these human rights violations are unacceptable and will insulate British companies and public bodies from these practices.

“These are among the most stringent steps being taken anywhere in the world in response to what is happening in Xinjiang. The UK Government is making clear it will not stand by and allow this to happen, and will work with others in the international community to ensure that there will be a reputational and economic cost to China.”