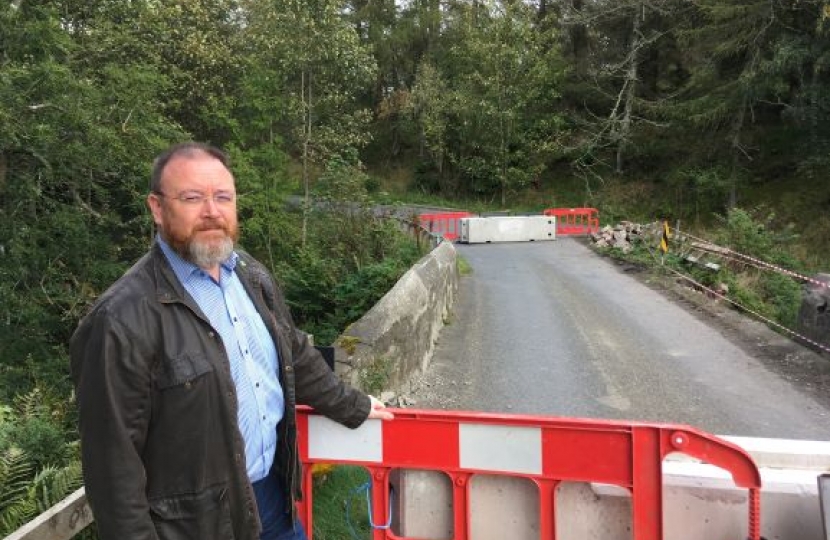 Banff and Buchan MP David Duguid is writing to Aberdeenshire Council and the Scottish Government in efforts to help secure repairs to flood-damaged bridges in the King Edward area.

Mr Duguid will also look into options with the UK Government when Parliament returns this week.

This follows a meeting held last Friday to discuss the way forward for communities and business that have faced months of disruption.

Seven bridges were badly damaged during severe flooding in September.

Mr Duguid, who attended the meeting, said: “Local residents and businesses operating in the King Edward area have already endured months of disruption as a result of these bridge closures.

“The fact that more than 75 people turned out for the meeting clearly displays the strength of feeling about this locally.

“There is clear desire to get these bridges repaired and re-opened as quickly as is possible.

“I have been in touch with the local councillor, community council and Aberdeenshire Council itself ever since the flooding in September.

“However, I am now writing to Aberdeenshire Council to ask what progress is being made. I have also written to the Scottish Government to ask what support can be provided from Holyrood.

“In addition, I will examine options with the UK Government and will be discussing with relevant ministers when I return to Westminster this week.

“I understand that there will be a considerable cost to getting this work done, but these bridges are hugely important to local residents, businesses, public services and emergency services. I am determined that a solution can be found.”

Banff and Buchan MP David Duguid has been promoted to a junior ministerial role in the UK Government.

The Scottish Conservative MP will take up the position of Parliamentary Under-Secretary of State in the Scotland Office.