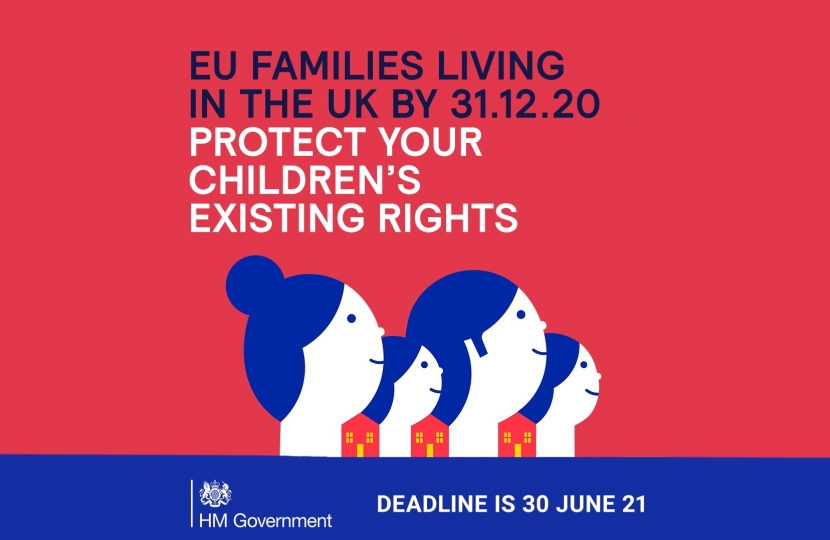 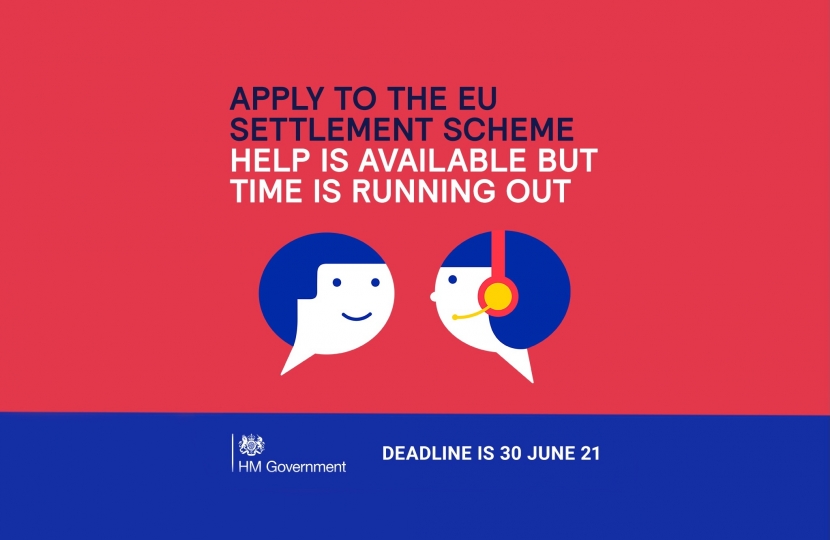 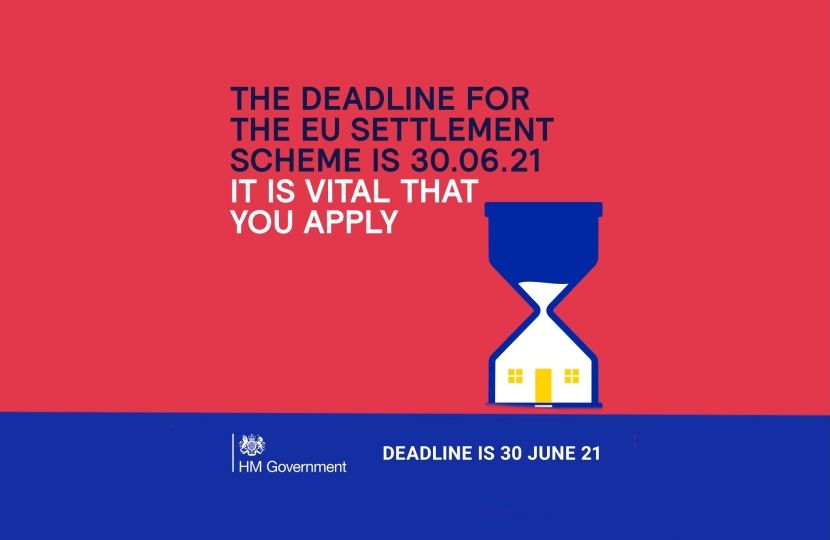 A new Government campaign was launched last week urging EU citizens living in the UK to apply to the EU Settlement Scheme as soon as possible.

The campaign went live on 13 May ahead of the 30 June deadline to secure status in law.

Latest statistics show that more than 5.4 million applications have been made to the EU Settlement Scheme, with more than 4.9 million grants of status, delivering on the UK Government’s promise to secure the rights in UK law of millions of EU citizens to continue living and working here.

“Every day, thousands of people are being granted status under the hugely successful EU Settlement Scheme and I would urge people who are eligible to apply as soon as possible to secure the status they deserve in UK law.

“This new campaign will help us encourage those who need to apply to act now before the 30 June deadline. The Government is committed to making sure everybody eligible for the scheme can apply, including those who are the most vulnerable or need extra support.”

“EU citizens are hugely important and valued and we want them to continue to live and work here. We’re making this part of the process as simple as possible.

“More than 268,500  have already applied in Scotland and I want to encourage anyone yet to do so to get the ball rolling. Help is available 7 days a week if needed.”

The campaign is aimed at EU citizens and their family members to ensure they are aware of the upcoming deadline and know they need to apply, with targeted adverts soon to appear on Facebook, Twitter, Instagram and LinkedIn, as well as on catch up TV and radio.

It will stress the importance of making an application to the scheme before the deadline. It will also remind people an application must be made for every eligible child within a family, and that parents should apply on behalf of their children, even if they have already applied and been granted a status themselves.

To date, nearly £8 million has been invested on public communications on the EU Settlement Scheme.

The campaign will support the Home Office’s network of 72 grant funded organisations, who continue to provide support to help vulnerable and hard to reach individuals and groups apply to the EU Settlement Scheme. This includes victims of human trafficking or domestic abuse, those with severe mental health conditions, those without a permanent address, and those who are elderly or isolated.

The Home Office also has a dedicated team of more than 1,500 people working on the EU Settlement Scheme, with support available seven days a week by telephone and by email. The EU Settlement Scheme uses cutting edge technology, including the EU Exit: ID Document Check app which allows people to apply from the comfort of their own home in as little as 15 minutes.

• More information on the EU Settlement Scheme is available here:

David continues to seek assurances from Government that we WILL take back full control of our waters from the end of 2020.