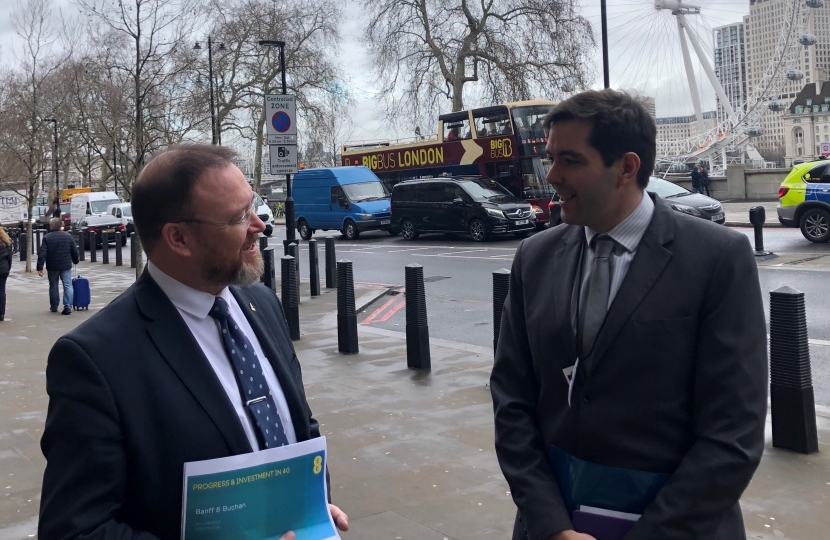 Matt Warman, UK Digital Minister, made the comment following a question from Banff and Buchan MP David Duguid in the House of Commons.

Mr Duguid pointed out that the number of residents without access to superfast connections has decreased from 18% to 16% in the last two years.

The Scottish Conservative MP said this was, “nowhere near fast enough” and urged the UK Government to do everything possible – including putting pressure on the Scottish Government which has responsibility for rolling out the technology.

In response, Mr Warman said: “Like him I welcome the progress that has been made in his constituency, but there is absolutely more to do.”

The Minister added that he had recently spoken to his Scottish counterpart, Energy and Connectivity Minister Paul Wheelhouse.

Mr Warman said: “The sense that we are able to work together to deliver this vitally important programme means perhaps in Scotland we can have more broadband and less party politics.”

He said: “My constituents are not interested in endless political arguments on this issue.

“Those that do not yet have access to superfast broadband simply want what has been promised to them.

“I want to see our two governments working together to deliver for people across Scotland, but particularly in Banff and Buchan.

“The Prime Minister has committed £5billion to ensure everyone across the UK has access to superfast broadband by 2025. And we now know that the SNP’s previous goal of 100% coverage by 2021 have been delayed to a similar timeframe.

“As Chairman of the All Party Parliamentary Group on Broadband and Digital Communications, I encourage politicians from all parties to join me in helping ensure none of our constituents are left behind."

Banff and Buchan MP David Duguid has said he “stands ready” to support employees affected by the sudden closure of a local fish processing plant.