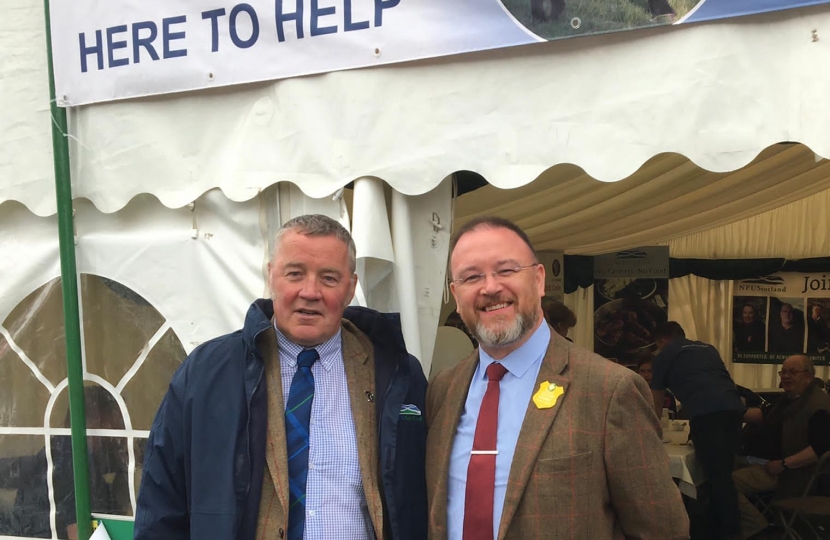 Scottish farmers will have “far greater security” in the coming year than they would have had inside the EU, Banff and Buchan MP David Duguid has said.

Mr Duguid made the comments in his capacity as Scotland Office Minister in an open letter to NFU Scotland President Andrew McCornick.

Claims were reported in the media last week that £170million would be cut from Scotland’s farm support.

However, Mr Duguid said that was “simply incorrect” and that the UK Government was delivering on its commitment that farmers would not be left out of pocket.

In his letter, he said Scottish farmers received £595million in total farm support in 2019. For 2020/21, Scotland will receive a little more than £24million in outstanding EU funds, and just over £570million in new Exchequer funding, totalling nearly £595million. The Scottish Government’s block grant has also been increased by £2.4billion.

However, EU Common Agricultural Policy (CAP) funding for the same period is being cut by about 10%. For Scotland, this would have amounted to an annual loss of £60million.

“I was disappointed to read recent media reports claiming that funding for Scottish farming was being cut by £170million.

“That simply is not true. I have outlined in my letter to the NFUS exactly how the funding for the coming year has been allocated.

“It is also interesting to note that the EU is in fact cutting subsidies under the CAP. For Scotland, that would have meant a £60million cut if we had stayed in the EU.

“Scottish farmers have far greater security for the coming year than if we had remained in the EU and tied to the one-size-fits-none CAP.

“The UK Government is continuing to work constructively with the Scottish Government on new ways of funding farming in the future that is better suited to Scottish producers.”