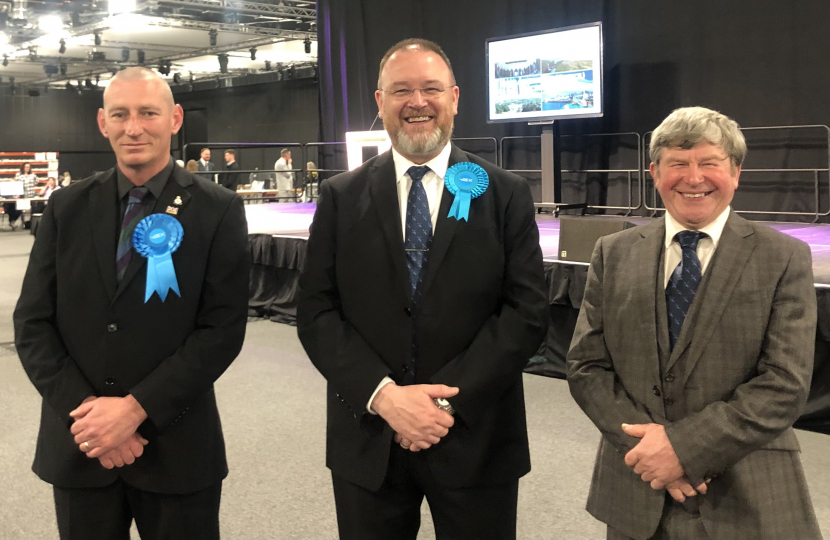 I am delighted that Scottish Conservatives increased their count to 9 councillors across Banff and Buchan – with gains in Banff & District, Troup and of course here in Turriff & District – and retained the highest number of councillors overall across Aberdeenshire.

I was not shocked to hear concerns about the booking systems at recycling centres, access to Minor Injury Units and of course the conditions of our roads, dominating discussions on the doorsteps.

I look forward to hearing from our new and returning councillors how they plan to address those and other issues and will work constructively with them to help deliver for our local communities across Banff and Buchan in the years to come.

This month also saw the State Opening of Parliament heralding in a new parliamentarysession in Westminster.

The Queen’s Speech – delivered on this occasion by Prince Charles (the first time since 1963 the Queen has been unable to do so) – outlined the Government’s agenda for the coming session.

Some 27 Bills which will affect us in Scotland – from animal welfare, and data reform, to energy security, and international trade.

There are also measures that will go further than ever before to unlock the UK’s potential as an independent global trading nation after our exit from the European Union.

The Levelling Up Bill will see areas across the whole UK receive funding directly from the UK Government to invest in local communities.

I am actively working with Aberdeenshire Council on bids for Banff and Buchan and am excited to see what this funding can do for the local area.

After two years of travel restrictions and passports expiring, demand for new and replacement passports has increased from an average of 7 million per year pre-Covid, to an estimated 9.5 million this year.

Her Majesty’s Passport Office has introduced technical improvements as well as hundreds more staff to help handle the increased demand.

90% of passports are processed within 6 weeks but people should allow at least 10 weeks for non-expedited applications if possible.

For anyone experiencing issues with applications – particularly if not received within 10 weeks and have pre-booked travel – my office and I stand ready to help in any way we can.

In the last week, we have seen the beginning of celebrations to mark the Platinum Jubilee – marking 70 years Her Majesty the Queen has been on the throne – with the Royal Windsor Horse Show.

The spectacular event, billed as, ‘A Gallop Through History’, featured more than 500 horses and 1,000 performers – among them, international stars such as Katherine Jenkins, Dame Helen Mirren and Tom Cruise.

But I think what I enjoyed most about the show – as well as the fantastic displays in the arena – was seeing Her Majesty looking well and having a wonderful time.

I look forward to attending several Jubilee events in the coming weeks here in the constituency – including the Afternoon Tea Street Party here in Turriff – and look forward to getting out and about at these events in a way that has been impossible in recent years.