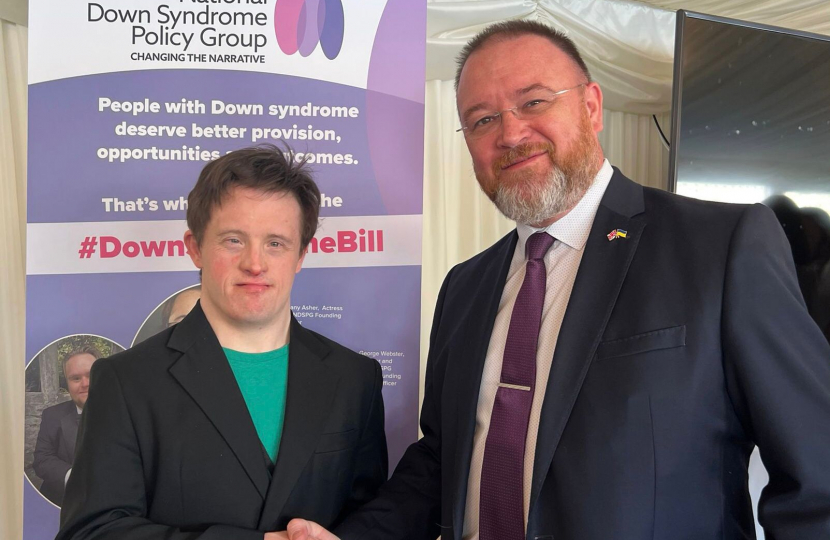 This fantastic initiative will offer lasting security to tens of thousands of Ukrainians who have had to flee from conflict in their home country.

I am in awe of the generosity of the British people who have signed up in the hundreds of thousands to offer space in their homes.

And, I am especially proud, as the Prime Minister mentioned to the Scottish Conservative Conference on Friday, that Aberdeenshire has the most expressions of interest in Scotland.

People arriving under this scheme will be able to live and work in the UK for up to three years and access healthcare, benefits, employment support, education, and English language tuition.

Further details including information on how to register as a sponsor can be found at: https://homesforukraine.campaign.gov.uk

This is on top of the already established Family visa which allows Ukrainians to join family already in the UK, as well as the huge level of humanitarian, financial and military support the UK has offered Ukraine.

At last weekend’s conference, the standout speech was by Ukrainian-Scot, Zhenya Dove.

It was an honour to hear her talk and to speak to her afterwards.

Mi She was right when she spoke of the steadfast support that the UK has offered and continues to offer Ukraine.

The UK was the first to send defensive weaponry and has been training their armed forces since 2015.

The UK led the way on sanctions that stung Putin’s pockets, including banning Russia from SWIFT and freezing hundreds of billions worth of assets in the UK.

The UK is at the forefront in helping Ukraine and has galvanised allies and partners across the world to that end.

And now, the UK is pledging to do more, to provide more assistance and more aid and a secure route to refuge for countless displaced families.

It is nothing short of scandalous that the SNP have still failed to deliver on broadband and other key priorities while they continue their obsession with breaking up our United Kingdom.

To set the record straight: the SNP promised to roll out superfast broadband, they took on the responsibility for it and made pie in the sky pledges to deliver ‘100% superfast’ by 2021.

It is looking to be nearly a decade late at least and the SNP, instead of getting on with it are reverting to form and pointing the finger at London.

At the risk of repeating myself, the SNP took on the responsibility for rolling out broadband across Scotland – and that means taking on the liability and accountability for its failure too.

People in the northeast, especially in rural areas are now suffering economically and personally because of this digital disadvantage and it’s not good enough.

If the SNP cannot deliver, they should make way for the UK Government who will – they need to step up, or step aside!

Finally, I was delighted to help celebrate World Down Syndrome Day on Monday.

This is a great opportunity to raise awareness of the chromosomal disorder and Dr Liam Fox’s Down Syndrome Bill, which will aim to improve provision and outcomes for those with Down Syndrome, throughout their adult lives.