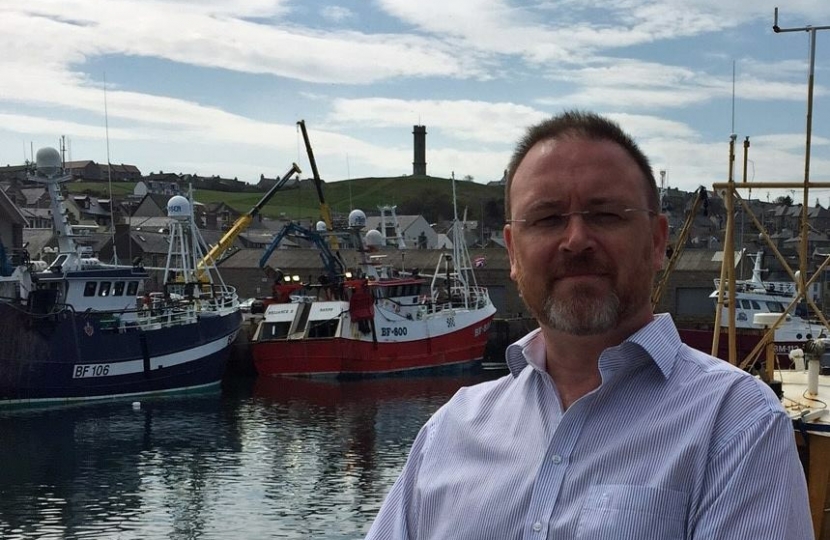 With just under six months to go until the UK leaves the EU, my colleagues and I on the Scottish Affairs Committee have taken evidence from industry leaders in our agriculture and fisheries sectors.

The clear message that came from the session was a desire for both of Scotland’s governments and all political parties to get behind the Prime Minister’s Chequers Plan.

NFU Scotland urged the Scottish Government to get their “shoulder to the wheel” and help secure the best possible deal.

Unfortunately, the call from the leading body representing Scottish farmers has been ignored by Nicola Sturgeon.

There has been no support for the UK efforts to secure a deal from Holyrood, and the SNP government has also failed to provide any kind of plan for Scottish agriculture post-Brexit.
The UK Government laid out its detailed proposals in the Agriculture Bill, launched by DEFRA Secretary Michael Gove on September 12.

Westminster has offered to extend powers in the Agriculture Bill to the devolved administrations to create their own farming support systems to replace the Common Agricultural Policy (CAP).

Wales and Northern Ireland accepted this offer. The Scottish Government has not.

The Secretary of State for Scotland has made clear that the offer remains on the table. The UK Government has also said it will continue to work with all parts of the UK to put in place a wider common framework for agriculture once we leave the EU.

The frustrating thing is that farmers here in Banff and Buchan – and those across the rest of Scotland – have been left completely in the dark.

The SNP government put forward its programme for government on September 5, but it did not include a Scottish Agriculture Bill.

I think it is unacceptable that the farming industry is left guessing as to what is going to happen in Scotland after we leave the EU, and the SNP government must step up with a plan of its own.

Representatives of our fish processing and seafood sectors also gave evidence to the Scottish Affairs Committee.

They clearly see major opportunities for Brexit, and what they are looking for more than anything else is certainty about arrangements for trade.

Andrew Charles, who runs a fish processing plant in Aberdeen and is Chairman of the Scottish Seafood Association, said businesses will adapt – they just want to know what the rules will be.

None of those representing the seafood sector had any concerns about being able to sell their produce post-Brexit.

On a lighter note, I was delighted to attend the Turriff Citizens Advice Bureau AGM recently.

I look forward to continuing to work with them and other public service organisations to help my constituents.

I have also announced another surgery tour, following the success of my summer event around the local area.

This time, the timetable will include surgeries in the evenings, to try and accommodate anyone who cannot manage the regular surgeries.