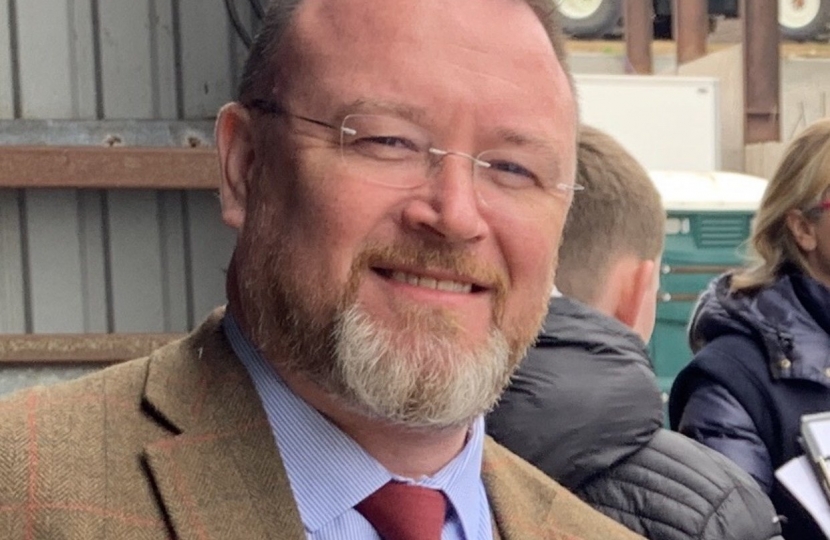 I am very pleased to hear that, following an appeal for new members, the St Marnans Sports Club have had a productive AGM and filled their committee.

Created in 2013, the community organisation regularly run events for primary school-aged children in Aberchirder and the surrounding area.

St Marnans offers young people the opportunity to play football, basketball and badminton, as well as other healthy activities, like dancing.

However they are still looking for volunteer coaches and parent helpers to maintain activities and offer new ones for all age groups in the area.

Although there is a real drive to keep local children engaged in activities, there is discussion about activities for older people such as walking football, which is becoming more and more popular as a way to keep active.

Please email smsc-foggie@outlook.com if you think you can help.

I’d encourage readers to log their details with the Telephone Preference Service (TPS) after reports of a new scam involved residents this week.

Similar calls have been made to people in Laurencekirk, so it is reasonable to assume there is a wider problem.

Most nuisance, unsolicited marketing calls are illegal under the Privacy and Electronic Communications Regulations introduced in 2003.

However, thanks to insufficient enforcement by the Information Commissioners’ Office (ICO) and loopholes in the existing law, people can still be bombarded with unwanted calls from marketing companies.

I support Stephen’s bill to limit the number of nuisance calls by making penalties more robust, tighten up the definition of what a nuisance call is, and ensure greater protection for numbers registered on TPS

And if you are still getting these calls after signing up with TPS (www.tpsonline.org.uk), you can contact your provider for details of call blockers and other security measures to screen calls.

Speaking of scams, there has been some claims made by the Liberal Democrats that direct farm payments will somehow end permanently in 2022.

The suggestion was that the direct payment, which supplements about 80% of Scotland’s average farm income, is going to suddenly come to an end.

Nothing could be further from the truth.

By the definition of how responsible government works, the UK Government is unable to make financial commitments beyond the current parliament, which is due to end in 2022.

To do so would not only be fiscally inappropriate but could also give false hope to farmers if another government decides not to develop agriculture in the way committed to by this Conservative Government.

This Government has actually added two extra years of guaranteed income onto the EU programme which expires next year.

The Lib Dems have been scaremongering, pure and simple.

And the SNP government has little interaction with farmers apart from ramping up taxes beyond what their counterparts pay in the rest of the UK.

The Scottish Conservatives are traditionally the party that supports agriculture and the rural economy at the heart of the UK Government.

As the Member of Parliament for a large farming constituency, from a farming family, I thought it important to be clear about this to any farmers who are now worrying unduly.