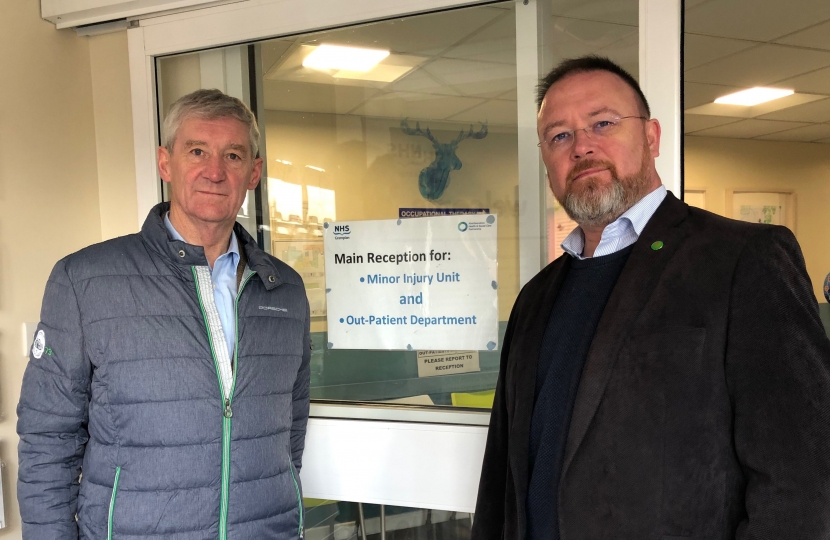 The announcement of an hours reduction at Turriff Hospital’s minor injuries unit has been a real blow to the community and those who represent it.

Although the health and social care partnership believe the lion’s share of casework happens between 8am and 6pm, there is substantial evidence that shows Aberdeenshire’s MIUs are well used, year-round.

There are many more slips, trips and falls at night and in winter, which is problematic when you begin to cut hours and weekends.

For those of us with vulnerable family members and friends, we understand that getting checked over in a local setting is much better than an emergency trip to Aberdeen.

Our MIUs are nurse-led units that fulfil an important role treating minor head injuries. sprains and broken bones, cuts, and minor burns among many other conditions.

At Banff, the Chalmers Hospital MIU was up for similar moves but members of the joint integration board have decided to move that decision down the road.

This has been on the agenda since March 2018. There is a degree of resignation among some locals, but I don’t share that feeling.

During the deliberations, I took the opportunity to meet the people behind these decision with my Scottish Conservative MSP colleague Peter Chapman.

We told them the public have demonstrated their support for maintaining the status quo with these units.

Locals do not want to see any downgrading of the local minor injury units in Turriff or Banff, two of the most used in Aberdeenshire.

We were told the Balmellie Road unit will have full medical support from GPs when required.

I consider that to be some consolation, but that GP resource will be shared across the county.

Scotland’s beef farmers will be heartened by the news that the UK Government has finalised a trading deal worth hundreds of millions of pounds with China.

For 23 years, our beef and lamb were banned from export there.

According to the Scotland Office, a protocol signed in London will provide many exciting opportunities for Scotch beef farmers.

This agreement demonstrates the growing confidence in our high-quality food and drink across the globe.

It highlights the growing demand for Scotch beef and the security that comes with the UK brand in worldwide markets.

Confidence is high that the barrier for lamb will also be lifted in the future.

As we prepare to leave the European Union, the UK Government is determined to open access to new markets.

Deals like these are integral to our growth outside of Europe, ensuring that Scotland’s agriculture businesses can continue to thrive.

Turriff officially welcomed a stellar talent in the form of voice coach Yvie Burnett, who has worked with some of the biggest singers in the world today.

Abbeyfield House has been refurbished and Ms Burnett, who worked on shows like Britain’s Got Talent and The Voice, cut the ribbon to celebrate.

Her aunt Margaret is a resident at the home and another lives locally.

Ms Burnett visits regularly and I hope she can recommend the area to the likes of Alexandra Burke and Sam Smith so they can visit!