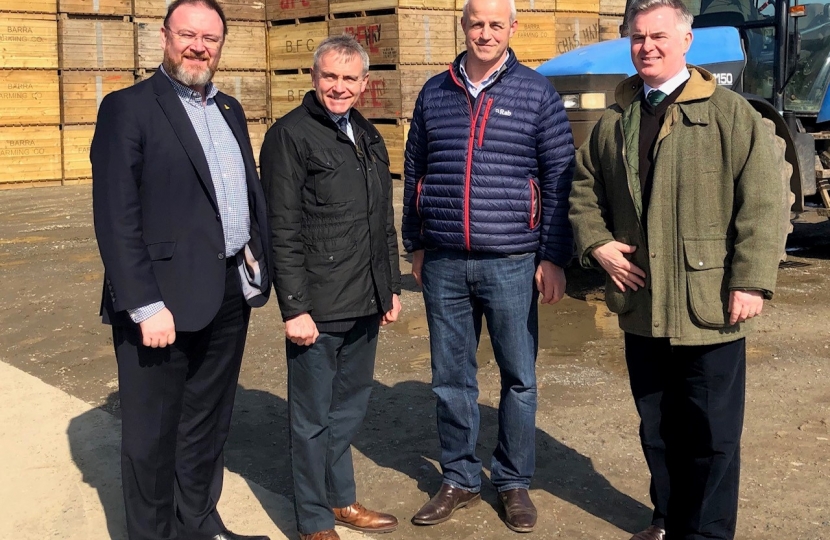 As an MP with a large rural constituency, I like to know how communities outside towns feel about their safety.

Rural crime is on the increase and I know that acquisitive theft – for example tractors or metal from less well protected farms – is a large part of that.

This will be fresh in the mind for farmers in the Turriff areas after recent reports of equipment and power tools worth around £10,000 being stolen from a local farm.

Unlike that theft, many such crimes go unreported.  Those that are reported often receive a “crime number” for insurance purposes and little else.

So it was disturbing to find that only half of people in the North East think that local police do not patrol their area regularly, according to the Scottish Crime and Justice Survey.

Since the SNP merged the legacy forces of Police Scotland in 2013, much of this is to do with public perception.

However, speak to any Turriff area police officer and they will tell you about the extra hours they put in to get the job done.

It is up to the SNP government to make sure our local police have the resources they need to keep our communities safe.

But police officer numbers and special constable numbers are at their lowest for nearly a decade.

The SNP are undermining the work of frontline officers to keep us safe, breaking their flagship promise to maintain 1,000 extra bobbies on the beat.

The UK was originally scheduled to leave the EU on Friday 29 March.  However, despite getting more votes than any of the other options presented as so-called, ‘indicative votes’, the Withdrawal Agreement failed to obtain a majority in the House.

We have now had three opportunities, each time with more support than the last, to move ahead with the Brexit process. But opposition parties (and yes, a few members of my own party) continued to prolong the uncertainty by voting against leaving the EU in an orderly fashion.

Earlier this week, following a 7-hour meeting with her Cabinet, the Prime Minister made a statement in which she confirmed that any deal which takes us out of the EU must do so under the terms of the Withdrawal Agreement.

Preparations continue for leaving without a deal, but the priority is to leave with a deal.

The Prime Minister has offered to again meet with Jeremy Corbyn to try to develop a workable plan, but any plan that comes out of those discussions must involve leaving the EU – preferably before 22 May, to avoid European Parliament elections.

Finally, I would like to congratulate the children of the Turriff cluster primary schools who took part in the first heat of the ‘J Rock Challenge’ at the AECC.

Although they missed out on placing, organising a team across so many rural schools must have been a rewarding challenge which I hope was enjoyed by all involved

Last year I had the privilege of presenting prizes both at the Scottish senior finals in Dundee (in which Turriff Academy took part) as well as the UK finals in Rotherham, in which Peterhead Academy was a finalist.