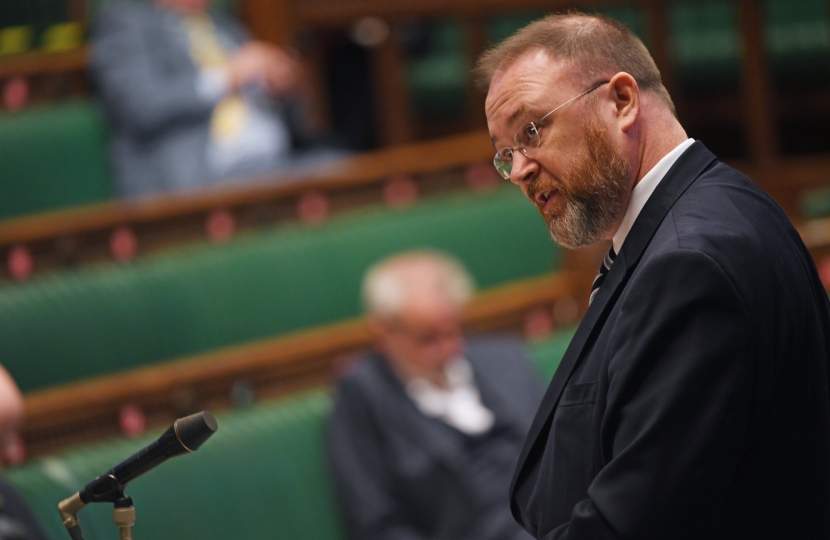 Since my last column, I was disappointed to see that there have been further incidents of vandalism in the Turriff area – this time at Wrae Lake. This is after two separate incidents at The Den play park about which I have previously written.

I met with Police Scotland Area Commander, Chief Inspector Harrison, to discuss the police response to this and other issues around Banff and Buchan.  We both agreed on the urgent need for people to report these incidents to the police whenever and wherever they see them. The police will act on information received but the more information they get from members of the public when incidents are observed, the better chance there is of resolving the situation.

I was glad to hear from the Chief Inspector that the CCTV installed in Turriff town centre recently has already helped the police to observe incidents, identify and charge perpetrators that may otherwise have been missed.

There has been a very slight increase in criminal activity recently but thankfully remains lower than in previous years. Covid restrictions have meant that Police have been able to focus their resources in the last 12 months and have had some success in working with colleagues across Scotland and the rest of the UK in dealing with drug crime.

I am pleased to see that the vaccine rollout is still going strong across the United Kingdom with the over 18 age group now starting to receive their appointments for their jabs. I was recently at an NHS Grampian briefing where I was pleased to hear that they anticipate offering all adults in Grampian their first dose slightly ahead of schedule.

Further afield, the Oxford/Astra Zeneca vaccine also continues to help inoculate people around the world, with over 500 million jabs being delivered in over 180 countries.

This vaccine is particularly suitable for use in developing countries as it does not need to be stored at extremely low temperatures and can therefore reach the poorest and most remote communities in the world more easily. This UK vaccine, developed and distributed at no profit, along with the rest of the UK-wide vaccine programme, is a great British achievement.

I would like to thank everyone who has come forward to receive their vaccination when invited and encourage everyone else to do so when the time comes.  The more of the population is inoculated, the closer we get to finally getting back to some kind of normality and getting our economic recovery back on track.

As I write this, Armed Forces Week has just come to an end. This annual event is an opportunity to show our support and pay tribute to our military personnel, reservists, veterans and cadets – as well as the family members of serving personnel.

As well as continuing to provide protection at home and abroad, supporting our NATO allies, the British Armed Forces have also served a crucial role in providing testing and vaccination support during the pandemic.

I am pleased to say that UK Government continues to ensure that serving personnel from anywhere in the UK are not penalised financially for serving in Scotland.

£6.5million has been provided to ensure that our service men and women are not impacted by the higher ‘intermediate’ tax rate charged by the Scottish Government