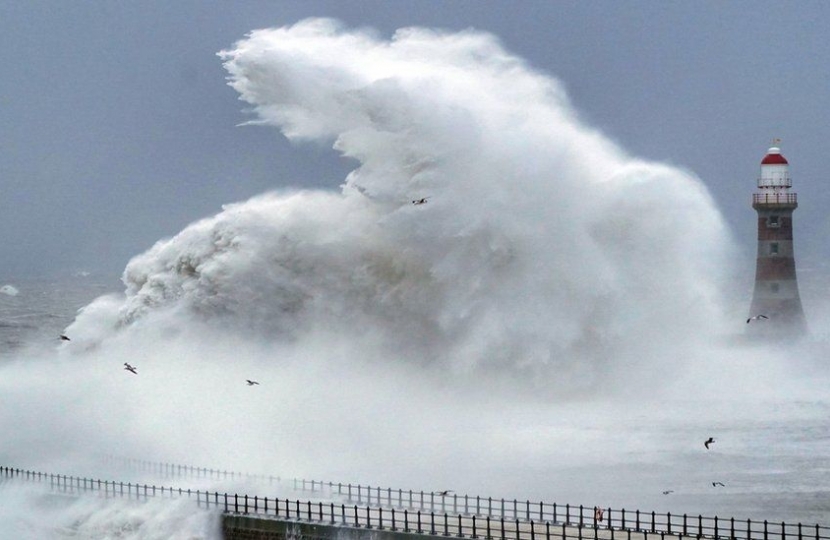 High winds caused widespread property damage as well as hundreds of trees to come down, blocking roads and bringing down power cables.

For many households and businesses right across Banff and Buchan, the loss of power – in some cases for several days, with many still without power at time of writing – was the most disruptive.

From the start of the storm last Friday emergency services and electricity network provider, Scottish and Southern Electricity Networks (SSEN) worked tirelessly to reinstate power to some 129,000 homes and businesses.

I would like to thank everyone involved in helping clear up the aftermath and for getting power back to homes and businesses.

A special thanks also to all those who kept an eye out for their neighbours and helped them through the difficult situation – particularly the elderly and in rural areas.

At about the time the storm was starting to kick off, I was paying a visit to Turriff Primary School.

I always enjoy visiting schools and answering questions from pupils of all ages and this time was no different – well, apart from the building storm outside and much of the class being picked up early by parents, concerned about the approaching storm.

On the subject of storms, it is now 26 months since a freak rain-storm washed out several bridges in the King Edward area.

I was therefore delighted to be able to drive across the completed Fortrie bridge last week.

When I stopped to take a picture of the completed new bridge, it wasn’t long before one of many residents came by to make use of the reopened road.

I am sure they will be as delighted as I am that the community has been joined together again, after effectively being split in half for over two years.

Well done to all the residents and businesses of the King Edward community who came together to make their voices heard.

At a recent meeting with Council Officers, I took the opportunity to convey gratitude and appreciation on behalf of the community, as well as to inquire about the progress of the other bridges in the area.

I am pleased that the Council still predict them all to be reinstated by the end of next year.

And, on the subject of reinstatements, I was delighted to see the return of the Turriff Christmas lights switch-on event on Sunday 21 November.

This event really brings together high street businesses and local community, and it was great to see so many turn out to see the lights turned on.

Well done to Turriff Christmas Lights Group and everyone involved in fundraising, organising and entertaining on the day!

Over the same weekend as Storm Arwen, we also heard of additional restrictions to be put in place as a result of the detection of a new Covid-19 variant.

The so-called Omicron variant originated in Southern Africa and so all travel from that area was suspended from Sunday.

I was also announced by the Prime Minister that travellers entering/returning to the United Kingdom would all have to take a day-2 PCR Covid-19 test – regardless of vaccination status.

Finally, I would encourage everyone to take all required vaccination jabs – including boosters – as soon as they become eligible.