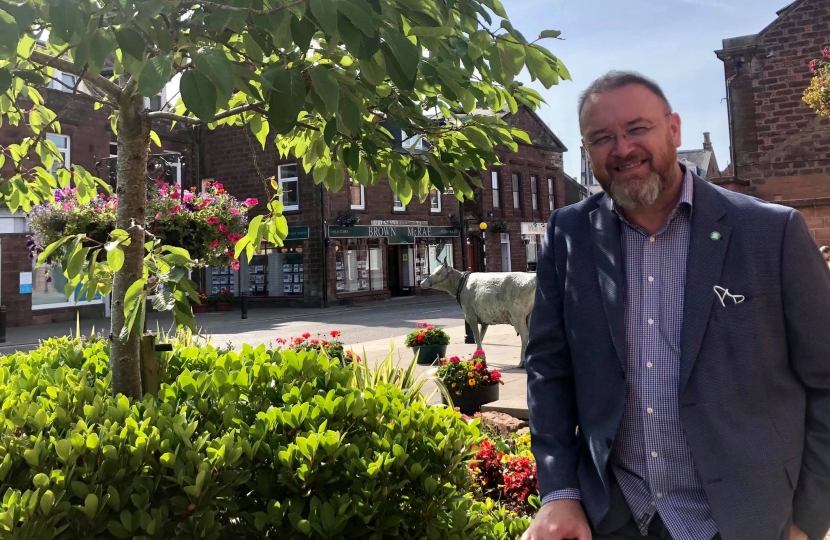 The debate around the action needed to achieve our net-zero goals continues.

I was pleased to be able to stand in for the COP26 President Designate, Alok Sharma MP, in a debate last week – about the role that devolved administrations have in the United Nations event co-hosted by the United Kingdom and Italy.

I am delighted that the UK Government chose a major Scottish City, Glasgow, in which to hold the November event.

A couple of things became clear to me from that debate – that all parties agree on the overall objective (if not necessarily the tactics to achieve them), and that all levels of society and the economy have a role to play.

First Ministers from around the United Kingdom absolutely have a role to play and of course – due to the location of the event, the UK Government engages with the Scottish Government in particular, as well as with Glasgow City Council and local public, emergency and health services, to ensure a successful and safe summit.

It may seem counter-intuitive to some, but I believe the oil and gas industry has a crucial role to play in our energy transition to net-zero.

90% of the skills and expertise, required in the ever-increasing low carbon and renewables energy sector, already exist within the oil and gas energy sector – already well established here in the North East.

The UK Government is committed to working with the industry – through the North Sea Transition Deal – to, not only ensure those jobs are supported and protected, but also that those key experiences and expertise are used to best effect in the energy transition.

I watched with great interest the recent debate at Holyrood, where the SNP lined up with their new political partners in the Scottish Green Party, to abandon the industry which not too long ago was the basis for their rationale for independence!

Thankfully, my Scottish Conservative MSP colleagues defended the sector as well as the tens of thousands employed in the energy industry in the north east.

I join local residents in shock and disgust at the latest horror stories of people waiting upwards of 16 hours for ambulances in Scotland.

Only now, when the situation has got so bad, have the Scottish Government finally called in the British Army to help.

I was quite frankly appalled at Scottish Cabinet Secretary for Health, Humza Yousef’s suggestion that people, “think twice”, about calling an ambulance.

It’s not as if people go out of their way to need an ambulance.

Since my election in 2017, I have called for improvements to ambulance cover for Turriff, which experiences some of the worst waiting times in the region.

This is compounded by the closure of local Minor Injury Units here in Turriff and elsewhere.

Finally, it was great to meet with the NFU Scotland leadership – President Martin Kennedy and Policy Director, Jonny Hall – at the ‘Back British Farming’ event last week in Westminster.

Coming from a farming background myself, I am acutely aware of what support for our farmers right up and down the country.

I am equally aware of the great benefits of our farming industry to the UK, with an estimated worth of £122 billion to the British economy.