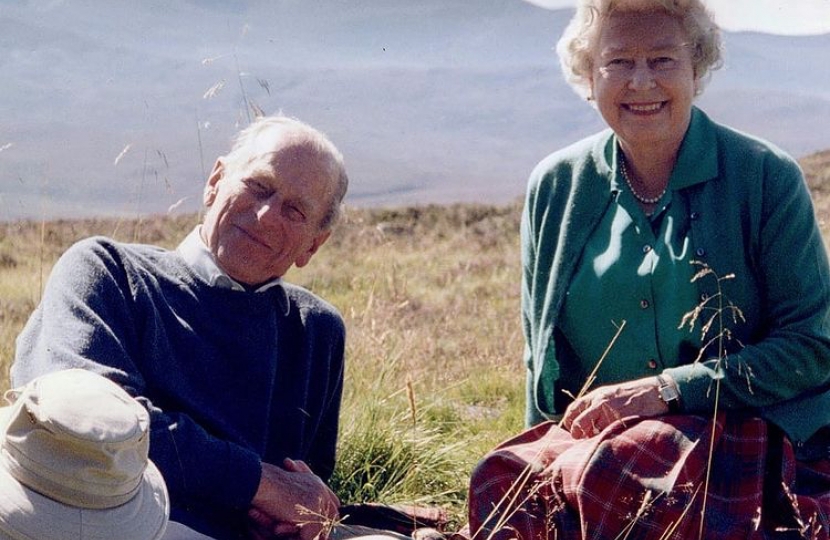 I want to begin this week’s column by reflecting on the remarkable life of HRH The Duke of Edinburgh.

Prince Philip had a strong connection to Scotland – and to the North East in particular.

He was educated at Gordonstoun and he maintained links with the school throughout his life.

In fact, it was his experience working for the ‘Moray Badge’ as a pupil that inspired the Duke of Edinburgh Award scheme he launched in 1956.

Today, there are more than 140 countries around the world running the award, and more than eight million people have participated.

That is a fantastic legacy, to have helped so many young people around the world.

But the country has also lost a tremendous public servant, who has been at the Queen’s side for more than seven decades.

Philip also served in the Royal Navy during World War II and was mentioned in dispatches for his role in the Battle of Cape Matapan in Greece.

On Saturday, as his funeral took place at St George’s Chapel in Windsor, the Duke of Edinburgh was remembered in Scotland with a minute’s silence.

At Windsor, Pipe Major Colour Sergeant Peter Grant, from Braemar, played ‘Flowers of the Forest’ after the duke’s coffin was lowered into the royal vault as the Queen watched on.

It was a very poignant moment, in addition the generally moving selection of music which was picked by the Duke himself.

The following day, I attended a memorial service in Ellon, one of several around Aberdeenshire.

It was fitting, given the strong Royal links to the region, that people across the North East had the chance to give thanks for Prince Philip’s life and offer our thoughts and prayers to Her Majesty the Queen and the rest of the Royal Family.

After the service on Sunday, I returned to Westminster where parliamentary business continues despite the ongoing Scottish election campaign.

And as I write this, we are expecting further news on relaxation of Covid restrictions to be announced.

So far, 2.7million people across Scotland have been vaccinated, with nearly 800,000 having had both doses.

This is great news and will allow us to continue reopening our economy and help return to some sort of normality.

I think it is clear from both the vaccination figures and the very low case numbers and hospital admissions that we can afford to be moving more quickly than we have been in Scotland so far.

Hospitality, gyms, and non-essential retail are all due to open again next week. Non-essential travel between Scotland and the rest of the UK should also resume soon.

The focus must now be on our recovery from Covid. We have come through the worst of the health crisis, but we now face an economic crisis and it will take time to bounce back.

Thankfully, the UK Government has stepped up by protecting incomes through the furlough and self-employment support schemes, which have supported thousands of jobs here in Banff and Buchan.

There is still a lot to do, and the damage that has been caused will not be fixed overnight.

In the meantime, I would encourage everybody to remember to keep following the rules when it comes to social distancing and hygiene.