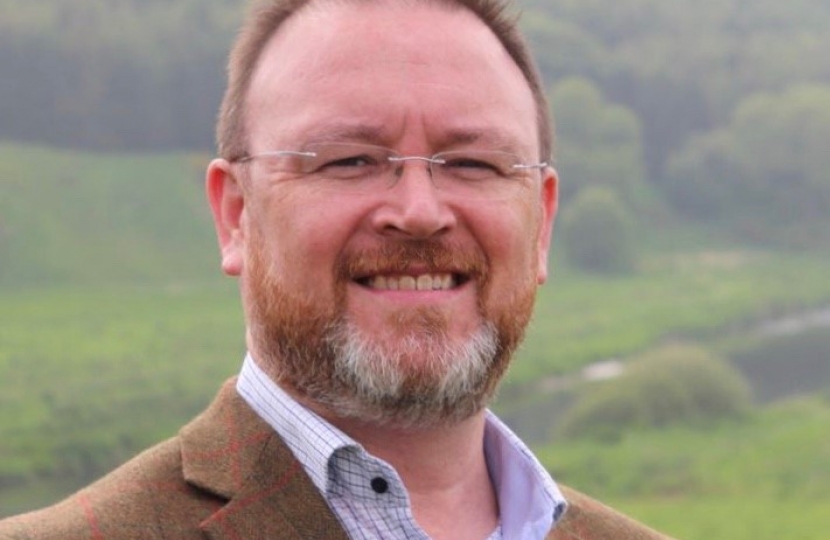 Normally, we would have been enjoying the traditional Turriff May Day this week.

I have always enjoyed attending this event with my family. I think we all hoped when it was cancelled last year due to Covid that it would go ahead in 2021.

We are not quite at the stage where we can have big public gatherings, but we are not far off thanks to the great success of the UK vaccine rollout.

More than 15million people have now received both doses, including 1.2million in Scotland.

The UK is also the single largest benefactor to the World Health Organisation’s COVAX programme delivering vaccines to poorer nations.

No longer being tied to the EU means we don’t have the same struggles they have had with vaccine procurement and rollout.

The British Government is showing us, through the vaccine programme and furlough support for nearly 1million Scottish jobs, the true benefits of our Union.

That is important because this pandemic does not affect one country or even one continent but every country on every continent.

Particularly, I want to highlight the growing crisis in India, which is struggling to cope with a deadly second wave.

With dwindling stocks of oxygen and ventilators, a real health emergency is unfolding.

However, we should take pride in the fact that the UK is leading the international aid response, providing 1,000 ventilators and oxygen concentrate, with more deliveries on the way.

Covid has shown us all that we must come together, work together and not turn our backs on our families, neighbours, colleagues and friends.

I am equally proud that our British Government has passed so much critical legislation in the last Parliament.

From the EU Withdrawal Bill, delivering on the democratic outcome of the 2016 EU referendum, to the Agriculture Act to support out farmers and the NHS Funding Act to support our world class health services, the UK Parliament has been making a real difference.

However, the picture could not be more different in Holyrood.

In the last term, far too much time was wasted on matters outwith the remit of the Scottish Parliament such as the constitutional issue that the people settled in 2014.

An Education Bill was dropped, the Offensive Behaviour at Football Act was repealed and the Hate Crime Bill at one stage threatened to police what people could say in their own homes.

At the time of writing, voters are due to go to the polls to decide the make-up of the Scottish Parliament for the next five years.

We do not yet know the outcome of the election, but whatever happens, we need a government focused on recovery, not on another referendum.

There is plenty to focus on beyond Covid, with the COP26 summit coming to Glasgow in November. I want to ensure both our governments work together on climate change issues as we aim to reduce emissions and encourage other countries to follow Britain’s lead.

Away from politics, I know our farmers and gardeners are keen for some rain after what has been a prolonged dry spell.

As restrictions continue to ease and we can venture further afield, we should all take the opportunity to enjoy our wonderful countryside.

I would urge everyone to remember to act responsibly.