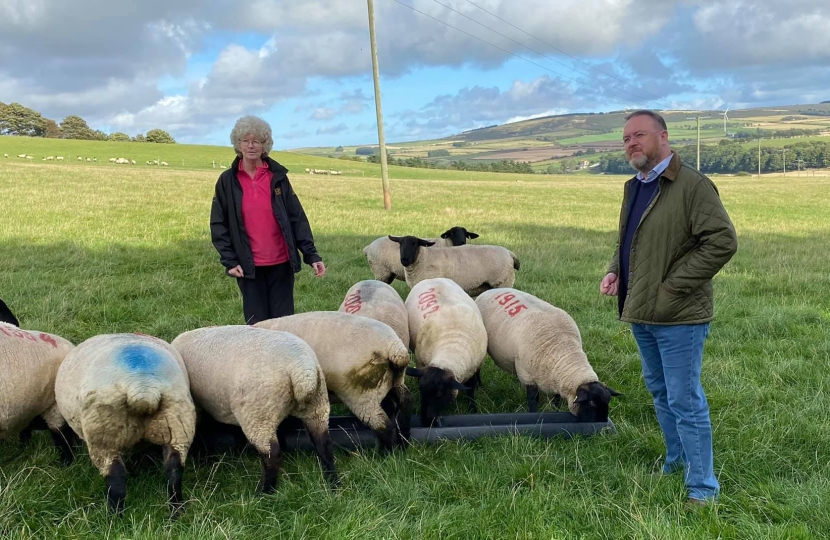 Those of us living in rural areas such as in and around Turriff will have been only too aware also of long queues and ‘shortages’ of fuel in some of our forecourts.

I want to make it clear that at no time was there a shortage of fuel at refineries or fuel storage centres across the UK.

But there has clearly been an issue with distribution.

A UK-wide shortfall of roughly 350 drivers, certified to deliver fuel, has impacted flexibility in distribution.

The main cause of that disruption was an unusually high spike in demand over several days, when customers filled their tanks more than they normally would.

An overall shortage of HGV drivers has been an issue for several years and has been exacerbated recently because of the global Covid-19 pandemic.

While the fuel industry reported that demand was returning to normal levels last week, it was right that precautionary stepswere taken.

Competition law was relaxed to aid fuel re-supply, temporary extensions were authorised to the validity of drivers’ specialist certification related to the transport of fuel and 100 military drivers have been assigned and trained to assist.

A shortage of HGV drivers is being experienced around the world, including in the EU.

The Government estimates a shortage of around 70,000 HGV drivers in the UK.

But Visas are not a long-term solution, and reform within the industry is vital.

I enjoyed an opportunity last weekend to visit award-winning sheep breeder and exporter Irene Fowlie, and her ‘Essie Suffolk’ flock near Strichen.

It was great to see for myself the flock with which Mrs Fowlie has had so much success and for which I was delighted to help recently securing a new export route to Georgia to add to the many other countries to which she exports.

I am also pleased to that, during a recent visit by the Prime Minister to the USA, we heard that the decades old ban on British lamb imports is to be lifted.

The USA is the second largest lamb import market in the world.

I join local lamb producers and exporters in Banff and Buchan and across the United Kingdom in welcoming this fantastic news.

Finally, I was glad to hear that after cuts to local bus services, Stagecoach is returning or introducing ten routes across Banff and Buchan from October – including the reinstatement of the 248 New Byth – Fyvie – Inverurie interpeak journey on Thursdays.

The pandemic has been an extremely difficult time, especially for people who rely on bus services.

Although the reintroduction of these services is a sign that we are finally on the road to normality, I continue to engage with Aberdeenshire Council and bus operators to reintroduce some of the lifeline routes that have been lost in recent years.

I encourage residents to take full advantage of available routesto ensure they remain viable in the future.