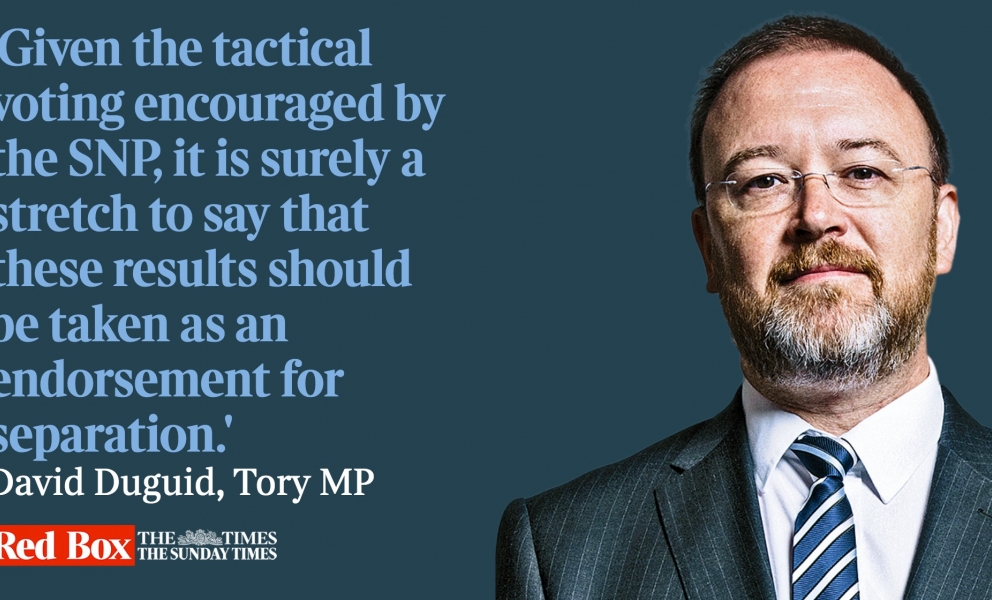 Read my article in the Times here

A vote for the SNP didn't mean support for independence 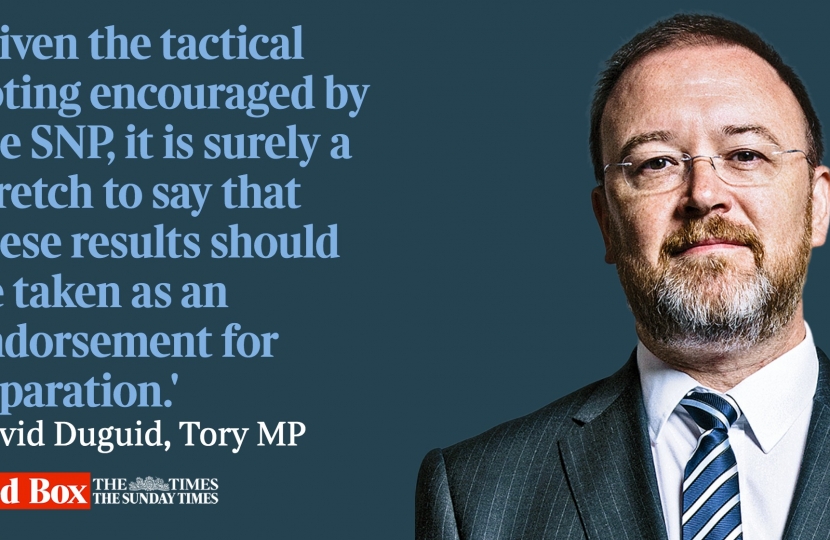 It has become a feature of recent elections for Nicola Sturgeon to make a pitch to Scots who do not share her enthusiasm for breaking up the United Kingdom.

Voters are told that they do not necessarily have to support independence to back the SNP.

The recent general election was no different.

This was a chance to ‘lock Boris Johnson out of Downing Street’ and an opportunity to ‘stop Brexit’.

It didn’t matter if you weren’t sure about ending the Union.

The SNP candidate for Gordon even went as far as to insist that he would ‘never, ever’ use the votes of those who are not in favour of independence to argue the case for separation.

The reality, of course, is very different.

The votes were still being counted for my constituency of Banff and Buchan when Nicola Sturgeon popped up on national television in the early hours of Friday to talk about another referendum.

Once the dust had settled, polling expert Sir John Curtice concluded the SNP clearly benefited from tactical voting against Brexit and a Boris Johnson premiership.

I wonder how those who lent their vote to the SNP now feel.

Over the last few days, the airwaves – in Scotland at least – have been dominated by discussion about the ‘mandate’ for another referendum.

My own social media accounts have been bombarded by outraged Nationalists insisting there must be another vote immediately.

I always do my best to respond to people who get in touch – aside from those who are simply hurling vile abuse.

I have been as clear as I can possibly be.

Every leaflet that was issued during my election campaign stated my opposition – and that of my party – to another referendum.

I was re-elected with an increased majority – the only Scottish Conservative in fact, to do so.

The last thing I am about to do is to bend to pressure from a minority of Scots.

The SNP taking 45% of the vote is no mean feat, but it was not enough to gain independence in 2014 and it is not enough now.

Furthermore, given the tactical voting encouraged by the SNP, it is surely a stretch to say that these results should be taken as an endorsement for separation.

What we are seeing and hearing on the TV and radio is the SNP talking for and to themselves in an echo chamber.

As far as I can see, it is an attempt to create their own self-fulfilling prophecy.

The fact is that whether the SNP like it or not, the UK is leaving the EU.

For the majority in Banff and Buchan, that is long overdue.

I have pointed out on many occasions that a study by the University of East Anglia showed that Banff and Buchan voted to Leave the EU by a margin of 54-46%.

Even most of those that did not back Brexit told me on the doors that they accept the outcome of the referendum and wanted the country to move on.

We now have a chance to do so with a negotiated deal and a transition period to ensure the minimum disruption.

There are huge opportunities for areas like Banff and Buchan as we leave the EU. The potential boost for the fishing industry has been well documented, with the Scottish Government’s own figures predicting leaving the CFP will create 5,000 jobs and generate £540m for the economy.

But Brexit also offers a chance to tailor new funding arrangements for farming that are fairer to Scottish producers than the one-size-fits-all CAP.

And we can increase our exports, including Scotch whisky, into new markets around the world.

Moving on from the parliamentary paralysis on Brexit also frees up the government to get on with its domestic agenda.

Increased spending on health, education and policing in England will mean an additional £3.1bn for the Scottish Government for public services struggling under SNP mismanagement.

There is a lot to look forward to.

Saying ‘No’ to calls for a second referendum is not ‘running scared’.

Instead, it is about respecting the ‘once in a generation’ 2014 event and trying to avoid putting Scottish families, businesses and communities through another damaging, divisive and distracting referendum process.

This article was first published in The Times 'Red Box'