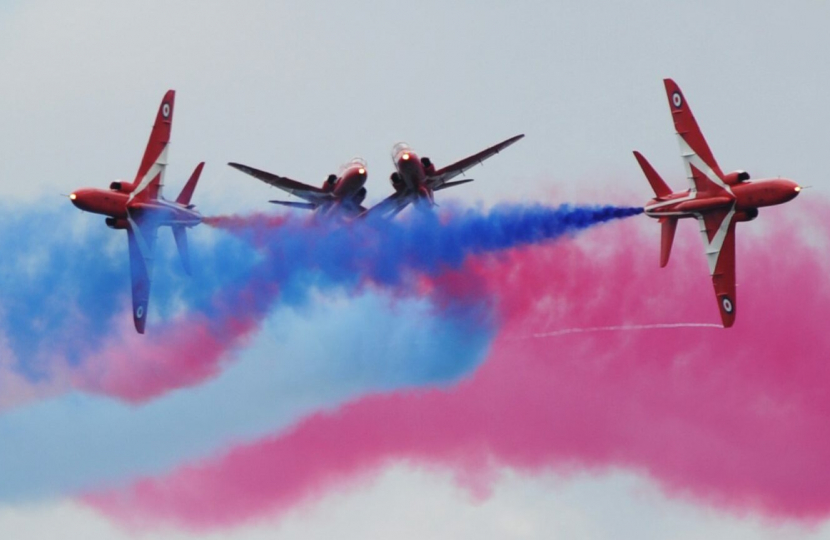 It was great to see so many people out and about enjoying the boats, food and stalls on offer.

There were lots of visitors, arriving from far afield – even on the Sunday, when the weather was less than favourable!

The festival kicks off a host of regular Summer events we have missed in recent years across Banff and Buchan, with the New Deer and Turriff shows later this month.

Later this month, we also have the 60th Scottish Week to look forward to.

I am looking forward to the Red Arrows, Red Hot Chilli Pipers and the 9th Great Buchan Bake Off where I understand the challenge is a Jubilee Pudding.

Energy transition continues to play a huge part in the north east’s economy.

I was delighted to welcome representatives from the Singapore Government to Peterhead Power Station and St Fergus to discuss ongoing Carbon Capture and Storage (CCS) plans at both locations.

Following my ongoing engagement with government and industry, former Chancellor of the Exchequer, Rishi Sunak MP, agreed to come to Aberdeen to meet with oil and gas industry leaders to discuss current and future challenges and opportunities.

He took the opportunity to reinforce the UK Government’s ongoing support of the industry in their vital contribution to energy security as well as in the transition to net zero – including £41 million already invested into the Acorn CCS and Hydrogen Project at St Fergus.

Last week, I was sad to hear Chief Executive of Offshore Energies UK (OEUK), Deirdre Michie OBE announce she was stepping down at the end of this year.

Deirdre has been a powerful and balanced voice for the industry, reinforcing the sector’s critical role in making the energy transition a reality.

I was particularly pleased to work with her – during my time as a Minister in the UK Government Scotland Office – in negotiations on the ground-breaking £16 billion North Sea Transition Deal.

She will be a very tough act to follow.

I wish her all the best for the future and thank her for the tireless support she has given.

I was pleased to speak in the recent second reading of the Genetic Technology (Precision Breeding) Bill and to join the Legislative Committee for the Bill.

The current legislation, based on retained EU law, is over 30 years old and has not kept pace with scientific developments in precision breeding technologies.

Scientific technologies which are being developed in world-leading programmes at Scottish research institutes such as Roslin and James Hutton.

I hope that the SNP Scottish Government will change their current position and join UK Government in this approach – in the interest of farmers, food producers and researchers across the UK, and especially here in Scotland.