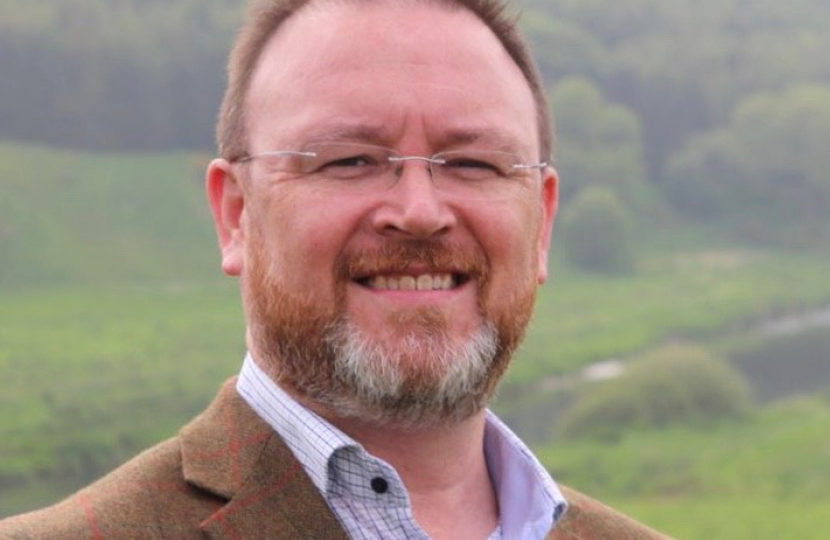 I must start this week’s column on a positive note, with congratulations to the Scottish men’s football team for their fantastic achievement in qualifying for the European Championships.

As many readers will be all too aware, this will be the first major tournament Scotland have been involved in since the 1998 World Cup in France.

After 22 years, the long-suffering Tartan Army were given plenty of reasons to cheer after a nail-biting tie against Serbia which ended in a 5-4 penalty shoot-out win for the Scots.

The success by Steve Clarke’s side provided a welcome boost for the whole country after what has been a very difficult 2020.

As I write this, NHS Grampian figures are showing a steep increase in the number of Covid-19 cases in Aberdeenshire.

There have been recent spikes across Banff and Buchan over the past fortnight, centred around local businesses and schools.

No decision has been made at the time of writing, but there is a chance that Aberdeenshire could be moved from Tier 2 to Tier 3 of restrictions, which would mean greater curbs on the hospitality trade, in particular.

The key to avoiding that outcome, or any further tightening of restrictions in future, is for everybody to stick to the rules.

We all know from looking elsewhere in Scotland and the rest of the UK that a failure to stop the spread will lead to tougher curbs on our day-to-day lives.

Clearly, we want to avoid the closure of workplaces if we can. Businesses here in Banff and Buchan, and up and down the country, have gone to great lengths to comply with the guidance and create safe places for people to work in and to visit.

It would be a real shame, particularly for those in the hospitality sector, if they had to close their doors again or limit the services they provide.

But, of course, it is not just our workplaces that are affected by the ongoing restrictions. Public events have been limited over recent weeks, including organised bonfire and firework displays that would normally have been held earlier this month.

I felt honoured to be asked to represent the UK Government at the Annual Service of Remembrance at the Scottish National War Memorial in Edinburgh Castle.

It was a significantly scaled-down event to the big public one that normally takes place, but it was poignant nonetheless. It gave me pause to reflect on the freedoms that we sometimes take for granted, many of which have been curtailed over the past nine months.

It has not been easy, but communities across Banff and Buchan and across the whole UK have responded very positively to the challenge presented by the pandemic.

The news last week about the possibilities presented by the Pfizer vaccine came as a very timely boost.

Both our governments are now working on plans for a massive roll-out of vaccinations. starting on December 1.

It will be a huge logistical task, with the elderly and vulnerable, along with frontline NHS and care staff, rightly at the front of the queue.