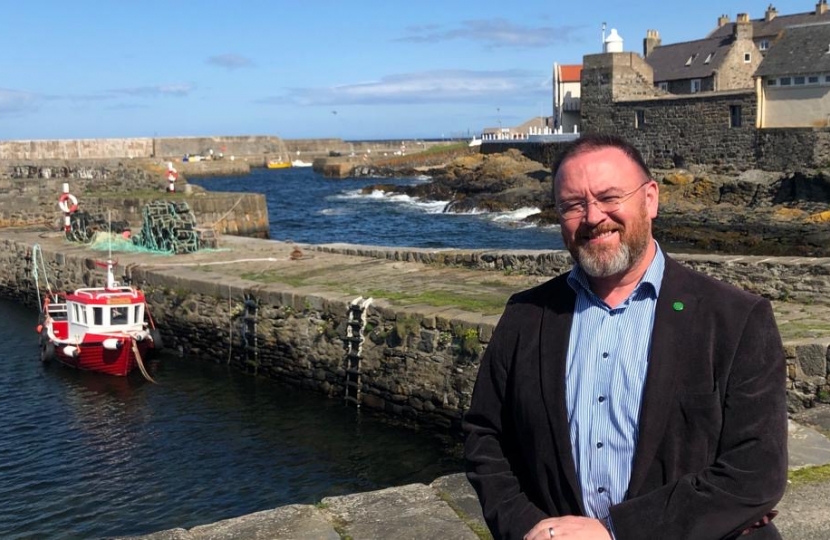 Banff and Buchan MP David Duguid has joined the Scottish fishing industry in expressing disappointment at a 50% cut in catch limits for North Sea cod at the December Fisheries Council meetings.

The newly re-elected Scottish Conservative MP said the outcome “made the case” for the UK having its own seat at the table in future years.

The Scottish Fishermen’s Federation (SFF) has also said that the main damage to the Scottish fleet – the reduction in total allowable catch (TAC) for North Sea cod – was done at the bilateral negotiations between the EU and Norway prior to the December talks.

The agreement between Norway and the EU was made before the full council meeting, where cuts to whiting and saithe quotas for 2020 were also agreed at 13% and 15% respectively.

In contrast, there will be an increase in quota for haddock (23%) and plaice (23%) while herring quotas will remain unchanged.

Mr Duguid said: “This is clearly a disappointing outcome for our fishing industry.

“As the SFF has pointed out, it appears the main damage for the Scottish industry was done at bilateral talks between the EU and Norway prior to the December Council meeting.

“Once again, that has made the case for the UK leaving the Common Fisheries Policy and becoming an independent coastal state.

“The UK should have a seat at the table in its own right – engaging fully in bilateral agreements, with an equal footing to Norway, Iceland and The Faroes.

“As MPs return to Westminster after the election, I look forward to work on the Fisheries Bill resuming as it makes its way through parliament.

“I will continue to fight the corner of the whole seafood industry in my constituency of Banff and Buchan – and indeed across Scotland and the UK – to ensure the interests of the sector are enhanced as we leave the EU.

“I welcome the urgency with which the Prime Minister has approached the upcoming talks with the EU on the future trading relationship – in particularly the December 2020 deadline that will be enshrined in law.

"The outcome of this next stage in the process will be crucial for the future success of the Scottish fisheries sector.”