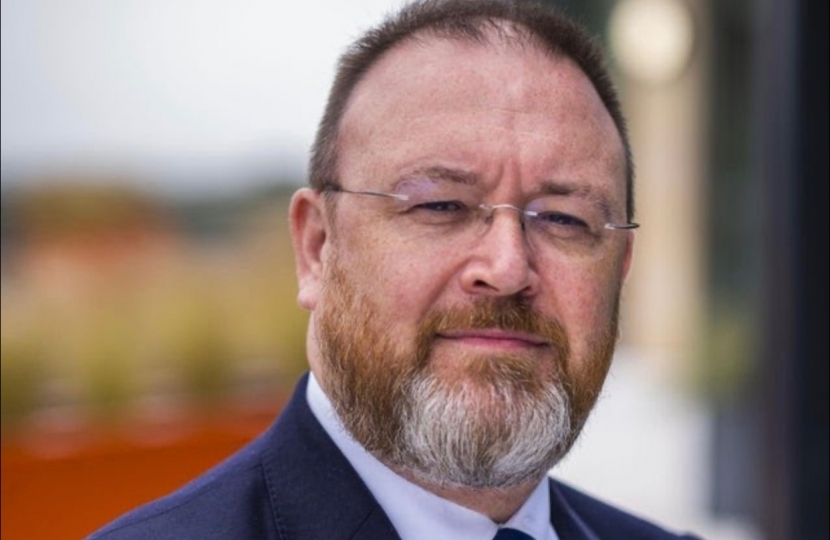 Banff and Buchan MP David Duguid has welcomed figures from Equinor which show that the Hywind floating wind farm remains the best performing in the UK.

For its third consecutive year, Hywind Scotland – the world’s first floating offshore wind farm about 18 miles off the coast of Peterhead – reaches the highest average capacity factor for any wind farm in the UK.

With an average capacity factor of 57.1% in the twelve-month period to March 2020, the floating offshore wind farm set a new record in the UK.

During its first two years of operation, the wind farm achieved an average capacity factor of 54%. That compares to an offshore wind average in the U.K. of around 40%. The capacity factor is the ratio of actual energy output over a given period of time, to the maximum possible output.  A higher capacity factor means lower intermittency and higher value.

This news comes as the UK Government agreed the North Sea Transition Deal which will provide huge investment in energy transition in the North East including joint government and private investment of up to £16 billion is expected by 2030. This includes up to £3 billion to replace fossil fuel-based power supplies on oil and gas platforms with renewable energy, up to £3 billion on Carbon Capture Usage and Storage, and up to £10 billion for hydrogen production.

“These latest figures show exactly how investment in new technologies is vital to improving the efficiency of renewable energy sources.

“Hywind is the world’s first floating offshore wind farm and for three years in a row, has provided the best performance of any wind farm in the UK.

“This shows the value of these newer style of wind farms in helping to meet our decarbonisation and net-zero targets.

“It also shows the value of ports such as Peterhead, Fraserburgh and Macduff, which have all been involved in the deployment of a range of new windfarms around the North East Coast.

“This also comes as the UK Government agreed the hugely significant North Sea Transition Deal which will provide investment into this type of technology and expertise as we transition towards the use of cleaner and more sustainable forms of energy.”