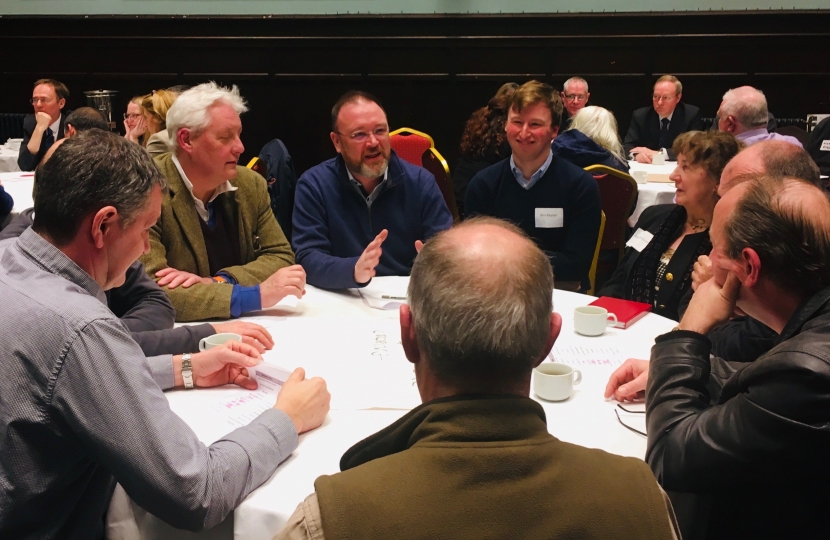 My colleagues and I on the Scottish Affairs Committee had a change of scenery last week as we headed off to Lewis in the Western Isles.

We visited Stornoway to hear from islanders about the challenges of living in remote areas, and from crofters about some of the difficulties they face.

It was a very useful exercise to get out of Westminster and talk to people in their own community.

In my conversations with the islanders, they was some understandable concern about the ongoing uncertainty around Brexit.

Having said that, there was also some enthusiasm for the prospect of getting out of the EU’s ‘one size fits all’ Common Agricultural Policy (CAP).

Issues around attracting workers to the islands and retaining people were also raised.

There is a perception that isolated and rural communities are being left behind due to the centralising agenda of our government in Edinburgh.

I have spoken many times about this issue or ‘remoteness’ that can just as easily apply to rural Aberdeenshire as it can to the islands.

The more local services that are lost to any area, the greater the sense of dislocation becomes.

Given the advances in modern technology, we should be encouraging more people to live and work in different parts of the country.

But that means we must have the right infrastructure in place – both physical in terms of roads and transport links, but also digital infrastructure as well.

That brings me to broadband and the seemingly endless ‘blame game’ that goes on around funding.
I read a local SNP MSP again use the pages of the local press last week to point the finger at Westminster for an alleged failing on the part of the UK Government on broadband.

I don’t want to get into a party political row, so instead I would point in the direction of the independent House of Commons library research on the issue.

Figures produced at the end of last year clearly show that spending from the UK Government per head of population in Scotland is nearly double that in England.

I would respectfully suggest that the SNP focus on their own responsibilities – specifically the roll-out of superfast broadband across the country – rather than complain about Westminster.

The Scottish Government has set a laudable if highly ambitious target of reaching 100% coverage by 2021.

Given we are still waiting for a contract to be awarded, it seems highly unlikely this target will be met.

On a final note, I was disappointed to see that the SNP and the Greens at Holyrood have voted through a budget deal that has confirmed the growing tax gap between Scotland and the rest of the UK.

At a time when we need to grow our economy here in Scotland, it makes no sense at all to tax people more here than elsewhere in the country.

Hiking income tax will do nothing to help ongoing efforts to attract GPs, teachers and other public sector staff to relocate to Scotland.