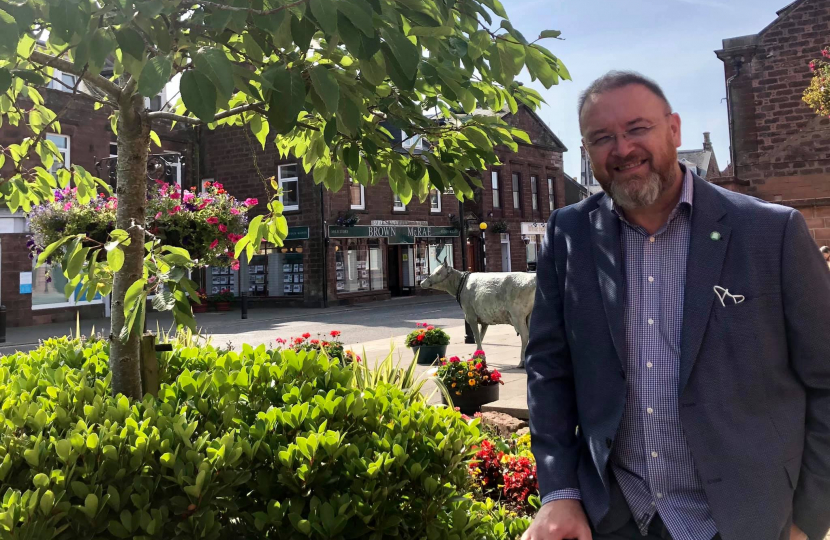 It’s always great to get out and about to enjoy the various events Banff and Buchan has to offer throughout the Summer.

This Summer has been particularly special with many such events being cancelled in recent years due to the Covid-19 pandemic.

Of course, the highlight event in this area is Turriff Show – including a visit this year from Her Royal Highness, Princess Anne.

I was delighted also to welcome UK Government Minister for Farming, Fisheries and Food, Victoria Prentis MP on her first visit to the Show – the largest 2 day event in Scotland.

Being a livestock farmer herself, Victoria was really impressed by the grand parade of champions around the main arena.

It was also a great opportunity for the Minister to hear first-hand some of the challenges being faced by local farmers.

In a panel event organised by the North East Branch of NFU Scotland, the Minister and I addressed such concerns in a frank and open discussion.

It was unfortunate that local SNP politicians chose to use the presence of the UK Minister as a political point scoring exercise, sometimes not even relating to questions being asked.

What our farmers and food producers in Banff and Buchan, and across Scotland, want to see is both of their governments working together on the real issues, in real time – not going over old political debates.

On Monday this week, I hosted a public meeting at The Baden Powell Centre in Turriff to discuss various healthcare concerns affecting the area.

It was disappointing that none of the health care provision organisations I invited – Aberdeenshire Health and Social Care Partnership (AHSCP), Scottish Ambulance Service and Turriff Medical Practice – were not able to send someone to take part in the discussion.

My intention remains, as it was before the meeting, to facilitate a constructive dialogue between the local community and the various health service providers – and I hope they will choose to engage on that basis.

I would like to thank every one of the >150 local residents who made the time to attend the event and for their active participation and valuable input.

I would also like to thank the custodians of the Baden Powell Centre for the use of the hall (and to all who helped with the rapid deployment of extra chairs before the meeting started!)

Finally, this week also saw the closing ceremony of the 2022 Commonwealth Games held in Birmingham.

This represents the most successful medal tally ever for Scotland apart from the 2014 games which were held in Glasgow.

And 3 of those medals were won by local cyclist Neah Evans from Cuminestown.

Following on from her silver medal in the team pursuit at the Tokyo Olympics last year, and a silver and bronze at the 2018 Commonwealth Games on the Gold Coast, Neah made historyin Birmingham by becoming the first female Scottish cyclist to win three medals at a single Commonwealth Games.

Congratulations to Neah and the rest of Team Scotland as well as all who took part from around the Commonwealth.