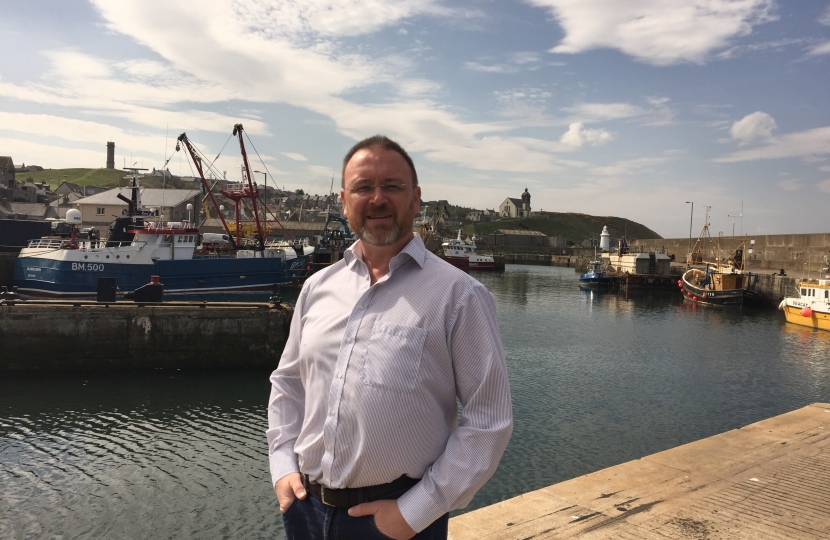 It has been another hectic week at Westminster as MPs continue to work towards an agreement on the terms of our departure from the EU.

I was very pleased to see majority support for a route to leaving with a deal in last Tuesday’s vote.

Conservative, DUP and Labour MPs backed the amendment that supports the EU Withdrawal Agreement subject to changes to the Northern Irish backstop arrangements.

The outcome of the vote has strengthened the Prime Minister’s negotiating hand with Brussels.

Talks will continue in the coming weeks, but there is now a clear path for parliament to deliver on the result of the 2016 referendum.

It is disappointing to see many on the opposition benches, including Labour leader Jeremy Corbyn, seeking to frustrate and delay the process.

People have waited long enough and I believe the vast majority of the British public just want MPs to get on with it.

It was also very frustrating to hear the SNP group leader Ian Blackford suggest that the vote was “ripping up” the Good Friday Agreement that secured peace after decades of violence in Northern Ireland.

The immediate reaction from DUP members was that these were “utterly reckless” comments.

It is dangerous, not to mention completely wrong, to suggest that any political party advocates a return to a hard border in Northern Ireland.

This type of incendiary language risks inflaming the very divisions that stoked the violence.

In spite of that ill-judged intervention, there does seem to be a consensus developing within parliament that a deal on leaving the EU can, and should, be done.

The EU also need to take note that they would be far worse of in a ‘no-deal’ situation than we would.

In Wednesday’s Prime Minister’s Questions, I was pleased to hear Theresa May give an “absolute commitment” in response to my question, and that this Government’s commitment to the fisheries sector was, “not up for re-negotiation!”

There is still a long way to go in this process, but I will continue to fight the corner of key industries and communities in Banff and Buchan.

It is vital to deliver for our fishing sector, but it is equally important that we have a deal that works for our farmers, provides ongoing access to labour and ensures minimum disruption to trade into Europe.

IT was concerning to hear that two boats broke free at Macduff harbour last weekend. The vessels were adrift and at risk of capsizing for several hours.

This incident has again highlighted a long-running issue around the provision of night watchmen at the port.

Skippers have made clear they believe that staff are needed to keep an eye on the boats at weekends.

Aberdeenshire Council has staff on duty from 6pm to 7am every weekday.

At one point, there was a suggestion that staff could be replaced by CCTV cameras.

Thankfully, that didn’t happen and the council has kept the night watchmen in place.

However, there needs to be a discussion around the provision at weekends.

We want to encourage more activity in and around the harbour in Macduff in the years to come, and that means ensuring facilities are in place and the port is properly resourced.